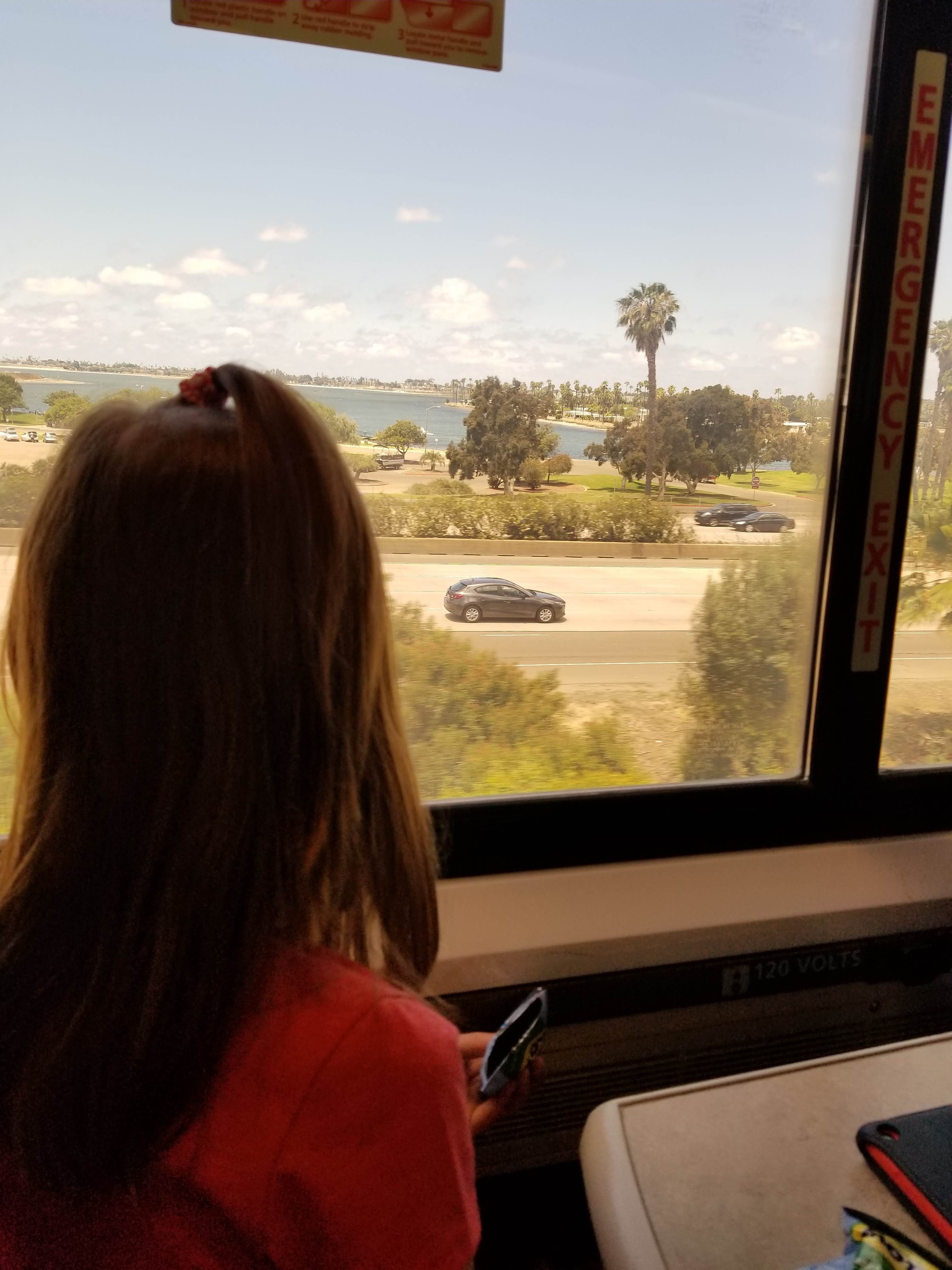 Have you seen the movie Grosse Pointe Blank, where John Cusack (Martin Blank) a freelance assassin goes back to his home town for his twenty-year high school reunion? There are some awesome quotes in that movie, and when I went to my own twenty-year high school reunion, I used that movie as inspiration. (I didn’t go trying to assassinate anyone, I mean more along the lines of the quotes. The quotes became a crutch of hilarious inspiration.)

Well, I’ve come back to my childhood home for a visit and I find myself recalling Martin Blank’s words once again. At one point in the movie he leaves a message on the answering machine of his therapist. “Dr. Oatman, please pick up, pick up! It’s Martin Blank. I, I’m standing where my, uh, living room was and it’s not here because my house is gone and it’s an Ultimart! You can never go home again, Oatman…but I guess you can shop there.”

I moved out of the state of California in 1996. I came back often for several months at a time and kept close connections with friends and family. I still call California home. My parents are here. Of course, as the years passed, I started to travel farther afield. Now I live in the great northwest but there were always trips home. I’ve spent a lot of time thinking about this idea of home and where I live. I live in Idaho and California is my home.

But this trip is different. Something is off.

I flew into San Diego and took the train to Orange County. And for the first time in my life, I feel like a visitor in a strange land. The flowers all seem exotic. I know the street names and how to get where I’m going, but it doesn’t feel right. The malls have all changed names. Wild parrots come into my parent’s neighborhood in the early mornings, giving a different bird sound than those of my childhood. The backyard that was so vast and wild and filled with areas to explore, has shrunk. I can hear the neighbors blowing their noses and I wonder who moved the house behind my parents so close. Parking spots have shrunk, traffic has increased, and it’s warmer than I remember it being in the summer months. All the coffee shops I used to go in order to write were once quite reprieves. A place to think and ponder. Now they are raucous affairs, unruly important people with things to do and places to go talk loudly in groups in order to be seen. To not be forgotten.

The theme park element of that mouse’s house has overflowed into the water stream. They do everything with a bang down here. There is a need to be entertained and for everything to look enticing. Homes, shopping centers, freeway dividers, grocery store layouts. Even the homeless have a mile and a half of the river trail I used to run with my dad that they’ve taken over. But with true Disney flare, they’ve made that mile and a half into a gloriously depressing camp ground.

People have quadrupled and octupled. The evidence is in the driveways around my childhood home. What were once one and two car drive ways have become four and six car driveways. Two of the neighbors have kids who’ve fallen on hard times, and moved back home with their kids. Hard workers who are trying their best to save a few bucks to get back on their feet.

And yet, among all these quandaries of new vs old, amid all my angst at feeling like a visitor in a place I grew up. Amid my feelings of being an alien in a foreign country, California is still in my blood. I can still drive past the place I had my first kiss. The skating rink I laughed with my friends is still standing, still open for business. The mall we spent hours running through has changed shops, but the bones of the old building are still there, holding our memories. You can still go to the pharmacy and get ice cream. They changed the name of the pharmacy, but the ice cream is still called by the original name, Thrifty, and you can get the cylindrical shaped scoops. The history of my developmental years echo in this city.

Look, I know no one thing or person can stay stagnant, it’s not the way of the world. Change and forward movement are crucial. But it’s a strange moment in time I’m having. I feel a visitor in a world that should feel like home, and in the new world I willingly moved to and created a home in, I still feel like I don’t quite belong.

So while Martin Blank (and Thomas Wolfe) are correct, you can never go home. It’s still nice to revisit the foundation. Because the one thing that hasn’t changed are the reminders of who I am and what I stand for. They still dwell down here too.