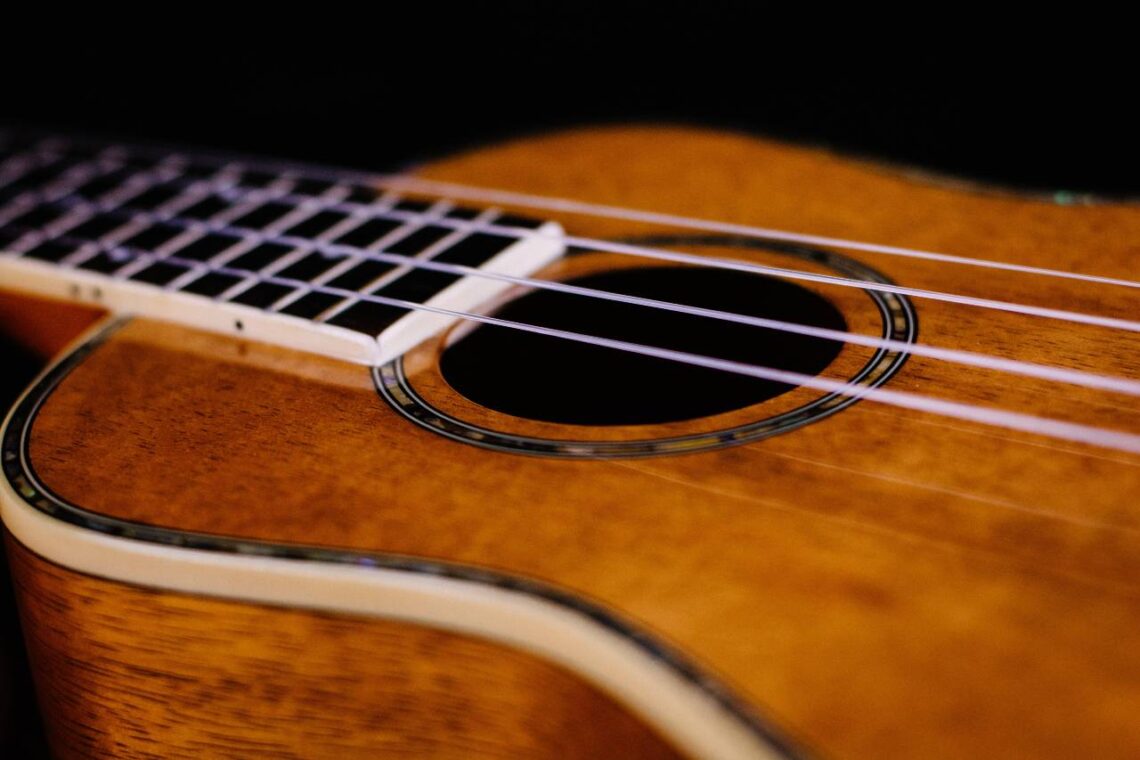 Music has always been the backbone of my family. Growing up, my dad played guitar and piano and my mom sang and taught children’s choir and later was part of the music group at church.

Every Sunday dinner, dad put on Mozart or Beethoven or Bach. But after dinner he’d pull out his Grateful Dead records (or some other record, depending on his mood) while we all did dishes and got ready for the coming week.

The vast landscape of music my parents initiated my brother, sister and I with ranged from Baroque to Brewers and Shipley, from The Rolling Stones to Little Feat. Victor Borge to Zeppelin. Indigo Girls to AC/DC, The Who, and Pink Floyd. Every band that played Woodstock, obscure Motown groups, not to mention Bluegrass and fifties Doo Wop, Jazz, and Folk.

A WIDE landscape, is what I’m trying to say.

There was always music, so much so, that it seems as I grew I just inherently KNEW songs and bands.

When I was in grade school my parents got together with a group of people and began their own folk group called “The Others.” They played several gigs over the years and my brother and sister and I were often dragged “on the road” with the group when they performed or practiced.

In our youth, we weren’t interested in our parents music gigs. There was an element of embarrassment, which comes with the development of self. A side effect is thinking your parents aren’t cool. Still, the music seeped into our bones. It influenced our appreciation of music and became a bond our family would be built from.

These days, when my whole family is lucky enough to be together for a reunion, we call in “The Others” so we can all jam. My brother and sister play guitar now. My dad is more prone to play the mandolin these days. Mom and I sing along.

I don’t know why I waited so long, but last year I bought myself a guitar and have been teaching myself to play. I can lamely play a handful of chords and sing a few songs, but I don’t think I’m even campfire ready yet. I do enjoy being able to strum out a song, and in my mind, I can hear my family singing along with me.

The Others still get together and jam. When they do, someone brings a large plastic tote filled with 3 ring binders. Those are the songs books they use. But by no means do they stick to the same songs. Each gathering someone (or everyone) brings a new song to the group they’d like to try. Last year when I went to visit my folks, I brought the song A Little Dive Bar in Dahlonega by Ashley McBryde. I’m always appreciative when I get to sing along.

I haven’t always been appreciative.

In that way that kids don’t think their parents are very cool or know what’s “trendy”, I excused the music my parents played with their group. I excused a lot of the music my parents listened to when my feet were firmly cemented in teenage-hood. I knew what I liked and what was cool. Take for example this guy named John Cougar Mellencamp. I found him when I was in 6th grade. I used my own money and bought his album Scarecrow on tape. And I was transformed. His music resonated with me. I have a lot to say about the Cougar. (I do that here.)  The heart of which is that Mellencamp had his finger on the pulse of a life that ran though my blood stream.

The cement around youthful feet wears off, and when the shadows of our childhood are brought out into the sunshine of adulthood, you see the things your parents were teaching through their actions, and their music, and you realize, (perhaps the way I did many years ago) your parents musical taste is pretty damn cool.

Last week, John Prine passed away. John Prine was in my life because The Others were in my life. Turns out, John Prine was idolized by my Cougar. The two men even wrote songs together. When John Prine received the 2016 Song Lyrics of Literary Excellence Award, Mellencamp was on stage introducing him.

It goes even deeper than that, hell, it was Mellencamp who gathered a few of his friends together to play and record. Not for the sake of becoming something, but for the sake of making music together. They called themselves the Buzzin’ Cousins, and the group was made up of John Prine, John Mellencamp, Dwight Yoakam, Joe Ely and James McMurtry. (How’s that for trivia.)

I can name a handful of John Prine songs without even looking.

Because of The Others I know all the words to the more obscure Prine songs, for example did you know he wrote a song called “Let’s Talk Dirty in Hawaiian?” I did.

I was always secretly taken with Prine’s sense of living. After I lived for a few weeks in the Back country of the Idaho wilderness, Prine’s lyrics took on a whole new meaning:

“Blow up your TV, throw away your paper,
Go to the country, build you a home.
Plant a little garden, eat a lot of peaches,
Try and find Jesus on your own.”

Prine’s song lyrics were timeless. His song “Hello in There” was released in 1971, but the lyrics:

Hell, those could have been written about the news we’ve been watching every night these past weeks.

When Prine was voted to receive the 2016 Song Lyrics of Literary Excellence Award, Rosanne Cash, who is a member of the nominating committee told Rolling Stone, that Prine “contributed definitive works to the American canon…You can’t imagine a broad version of the American songbook without (his) songs…”

Ain’t that the truth?

I feel a kinship with singers when they break into “Angel from Montgomery” and I get misty when I sing” “Those years just flown by like a broken down dam”.

It’s not fair that coronavirus took Prine’s life. I have a feeling he would have something to say about that.

It is fair, however, that he gave us so much to remember him by. That we were lucky enough to be touched by his talents, to have so many of our lives affected by his words.

A lot of people who’ve been expounding on the life of Prine these past few days have ended their pieces with the lyrics from his song “When I Get to Heaven.” Which is rather apropos. I’ll probably paste the lyrics at the bottom.

I heard the news of John Prine’s death, and like many others, I wandered through his cannon of work, singing along, crying a bit at times. But I realized something a few songs in. It wasn’t Prine’s voice that brought such tense emotion. I could hear my family singing in my mind, I could hear The Others singing in the living room of my childhood home. Their laughter and voices have seeped into the paint in that house. And while I never realized how much one man’s life influenced my musical choices, I do understand how much The Others have influenced me. Oh you bet your ass, I understand that lesson the most today.

I turned up “Angel From Montgomery” and my kid said “I like this song.” I explained a guy by the name of John Prine wrote it; but the first twenty or fifty times I heard the song it was being sung by The Others.

I think I will continually be in awe of the Poets and songwriters. They are a breed that, if you’re lucky enough, will gently walk into your life and years later, you’ll find their influential gift was the ghost of their words they’ve left behind.

Just reading through the words above has power. I can hear the musical interludes and harmonies in my mind. I’m truly back home, enfolded in the warmth and memories of all the music.

But that’s what music does for us, doesn’t it? It ties us to a particular time and place. A smell and memory can reappear in just a few bars of music. Music can create a connection. It’s a language in and of itself.

“Music gives a soul to the universe, wings to the mind, flight to the imagination, and life to everything.” – Plato

When I get to Heaven By John Prine

When I get to heaven, I’m gonna shake God’s hand
Thank him for more blessings than one man can stand
Then I’m gonna get a guitar and start a rock-n-roll band
Check into a swell hotel; ain’t the afterlife grand?

Chorus: And then I’m gonna get a cocktail: vodka and ginger ale
Yeah, I’m gonna smoke a cigarette that’s nine miles long
I’m gonna kiss that pretty girl on the tilt-a-whirl
‘Cause this old man is goin’ to town

Then as God as my witness, I’m gettin’ back into show business
I’m gonna open up a nightclub called “The Tree of Forgiveness”
And forgive everybody ever done me any harm
Well, I might even invite a few choice critics, those syph’litic parasitics
Buy ’em a pint of [?] and smother ’em with my charm

Yeah when I get to heaven, I’m gonna take that wristwatch off my arm
What are you gonna do with time after you’ve bought the farm?
And them I’m gonna go find my mom and dad, and good old brother Doug
Well I bet him and cousin Jackie are still cuttin’ up a rug
I wanna see all my mama’s sisters, ’cause that’s where all the love starts
I miss ’em all like crazy, bless their little hearts
And I always will remember these words my daddy said
He said, “Buddy, when you’re dead, you’re a dead pecker-head”
I hope to prove him wrong, that is, when I get to heaven