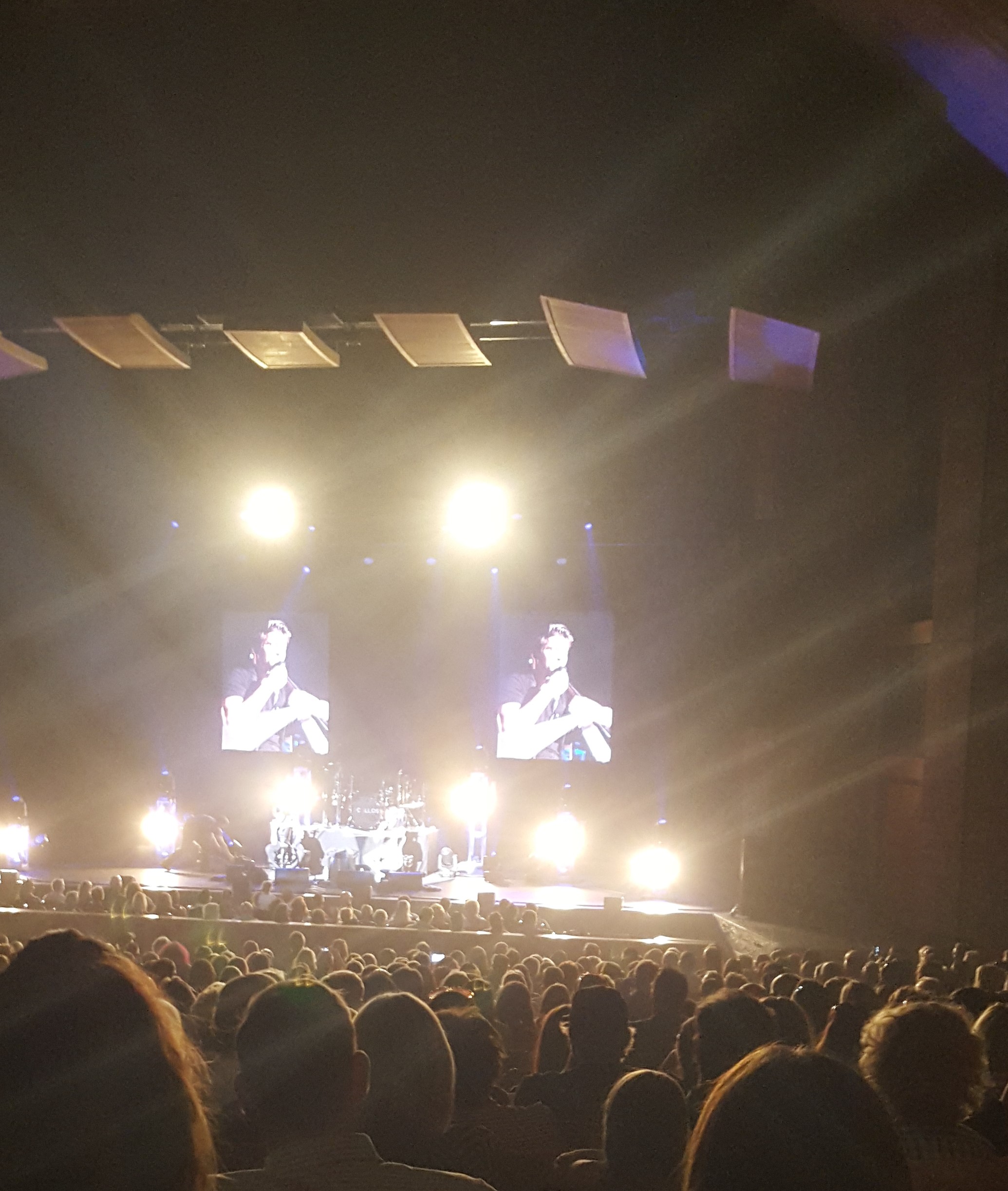 Here’s a glimpse into how I find stories.  Sometimes.

When I was in college, on Thursday nights I would end up sometimes at a bar. I can’t remember the name of the bar as there have been several years placed between me and the times I used to go there and they have changed their name.

So, Thursday nights was ladies night at said bar I can’t remember. Ladies got in free and received a free drink as long as you bought one more. So for the price of one beer we could get in and have a decent night. For a starving artist hiding in college this was a great way to spend a Thursday night.

Every Thursday the band The Rebecca Scott Decision would play. Headed by, well, you guessed it, Rebecca Scott. She wears a smirk when she plays, short black hair, tall talent. I loved her. There was something about her music when she played live. Kicked my imagination in the very guts. I would fill napkins with imagery from those nights.

(Yes, I was a writer who went to a bar to hang out and ended up in a dark corner scribbling on napkins to make sure I didn’t miss anything.)

The group that gathered were so strange and writable. There was  always the same strange guy who danced awkwardly, never to the beat of the music, but his favorite dance move was to slowly punch the air. The table of dolled up girls who had found the bar for the first time and just loved how cute and cozy it was. There were the guys who trolled the bar, predators looking for a lone girl who had separated from the pack. The one girl who came just for the bartender who politely refilled her drinks but didn’t really see her. I loved everything about it, all set to the soundtrack of Rebecca Scott and her music.

The one thing I held on to over the years was a title I cam up for one of those Thursday nights: Out in Front. A while back, I had an idea and ended up writing a short story that fit the title.

Out in Front by Nicole Sharp

The downbeat sounded and the base reverberated behind the door of her dressing room. The crowd went wild, as they normally did, and the cheers became a muffled beast back stage. She looked in the mirror and went back to putting the finishing touches on her make up. She’d actually studied this shit with several high-profile make-up artists so that when she was finished, she achieved the look of a prostitute princess. That was the point though, wasn’t it? To disappear. To become something different.

With each application of make-up she was lost under a mask. It was better that way. Her hand shook a bit as she finished her lipstick, the nerves still got to her after all this time.

A knock on the door was accompanied by the Stage Manager’s voice declaring “two minutes.” She hated these two minutes the most, they dragged, weighed the air down. Another drink of water, a quick gargle with miracle mouth and another hit of Delsym to help with the cough that hadn’t gone away in two months. She put on her black platform boots that came up to her knees, zipped them up and took one last look in the mirror, adjusting her bustier. Jesus, she shook her head, she looked like the prow of a ship. Still, she was selling an image, wasn’t that the heart of all of this?

She opened the door just before the Stage Manager knocked again. “Wow.” He smiled and gave her a cheesy thumbs up. He stepped to the side and let her pass, “great crowd tonight, they freaked out the second they saw the band’s shadows.”

“I look like one of those damn monster brat dolls, or whatever the hell those things are called.”

“You look hot.” He insisted.

“If only they knew.” She mumbled.

The music was building, she had twelve bars, the worst part of this whole process, she’d never known how long twelve bars was until each beat became the thump of her heart beat.

Expectation, dread, horror, worry filled her. She stood just off stage and took the ear piece that was offered, she hated the damn things, but if she wanted to stay on pitch and hear the band, she needed it.

She watched the band, already sweaty, all smiles, excited, in the thick of it, egging on the crowd, becoming one with their fans. She needed to learn how to play an instrument, she thought, just as she did every night. Then she could start with them out on that stage. She could be a part of it from the beginning, not some usurper in a spot light.

Her hands began to shake and she wiggled them in reaction. When would all of this nervousness go away? She’d been doing this for four years now; you’d think it would be old hat by now. She shook her hands and sang the first few notes several times. She could sing this song black out drunk, but she still hated the first notes of anything, after all this time.

One more bar, she took a deep breath, fuck it, she thought, grabbed the mic that the stage manager was holding; she pushed her chest out, squared her shoulders and swayed her hips as she made her way to the center of the stage.

The crowd exploded and she threw up her arms and gave a shimmy of her ample prow. She opened her mouth and the fear exploded and ebbed in the first strong note she sang.

She was in it now. This was her fifteen minutes, the greatest role she’d ever play. She was putting on this mask for the fifty year old slimy guy pushed against the stage looking up her skirt; for the five sorority sisters crying they loved her as she sang; for the fans who loved the poetic heart of the songs; for the impressionable teenage girls in the cheap seats with their secretly excited mom’s; for the mid-life crisis folks who saw her as a monument; for the unattractive girls who found themselves in the lyrics; for the music majors who knew that this fucking band could ‘play’.

But mostly…she turned toward Matty, the lead guitar player to her right as he filled the air with a riff, she was doing all of this for him. Every moment. Every bus ride. Every note. Every application of make-up. Every angry letter she got from feminist groups. Every tear-stained faced girl who declared she made them feel worthy. Every exhaustion filled moment. Every photo shoot. Every interview. Every single damn thing she was doing, she did it all for him.

The phone call came in the middle of the night, and she looked at the caller id and sighed, she didn’t want to answer it. He’d be drunk again and want to philosophize without saying anything. When he was sober he talked to her like he was trying to sell her a used car, and when he was drunk, he was fucking Socrates.

Against her better judgment she answered.

She shot up in the darkness her heart rupturing in her chest. “What happened? Are you okay? What’s wrong?”

He gave a lame laugh, “Nothing, it’s nothing…”

“Oh God, are you dying? Do you have cancer?”

“What? No, no…I’m not dying…look…do you remember when you helped me record some of my songs?”

“What? Yes. What’s wrong, Matty are you sober?”

“I made a demo and sent it out to a few friends who had friends who owed them favors. I didn’t think anything would happened, I swear. It was just a last-ditch effort, you know?” He barreled on now so she couldn’t get a word in. “I got a call this afternoon from Pierce Barlow, he’s the head of Sub Pop, and he wants… he wants to sign the band. Jesus Chrissy, he wants to sign my band.”

“I was done, you know? I was giving up after I heard back from all of these guys or didn’t hear back, I was done. I was putting the dream to bed.”

“You got a huge signing bonus.”

“When I sent the demos, I sent the versions with you singing. I also sent the videos of the gigs you sang with us.” He was struggling with something.

“Tomorrow at noon me, Joe, Booker, Steve and…well, the rest of the band are meeting with Pierce Barlow to get the ball rolling.”

“I thought you, Joe, Booker, and Steve are the band.”

“He won’t sign us without you.” He said finally.

She could tell his was holding his breath. “It’s not my dream.” She whispered into the dark.

“I know, I know…it’s just…you were the key factor. They only want us if you’re in. I wouldn’t ask this of you, who knows if this will go anywhere, but I want to give it a shot…I just…” She thought he might cry.

She rubbed her temple, singing had always just been something she’d been good at, excelled at, but she’d never wanted to make it a career. She’d had fun doing a few gigs, but mostly she enjoyed sitting around with her extended family singing old obscure bluegrass songs.

“Chrissy, please. It might not even go anywhere. I just need to try it. I know I can’t even ask this of you, but I need you.” He let the echoes of his plea hang in the ether between their cell phones.

She saw her own dreams being put on a back burner, she looked over at the sleeping figure next to her. She would like to think that the band wasn’t going to make it, but Matty’s songs had staying power. She wanted to say no, sorry, good luck, but she couldn’t. She just couldn’t.

“Where are we meeting this guy?”

“You’ll do it?” He asked hopefully.

She looked around at her small bedroom, she thought about her small life, and it was all going to change and erupt. She looked at her husband, she would need to talk to him, but he would understand. The world was about to tilt and change dramatically, but what could she do about it?

“You’re my little brother, of course I’m going to do it.” She said.