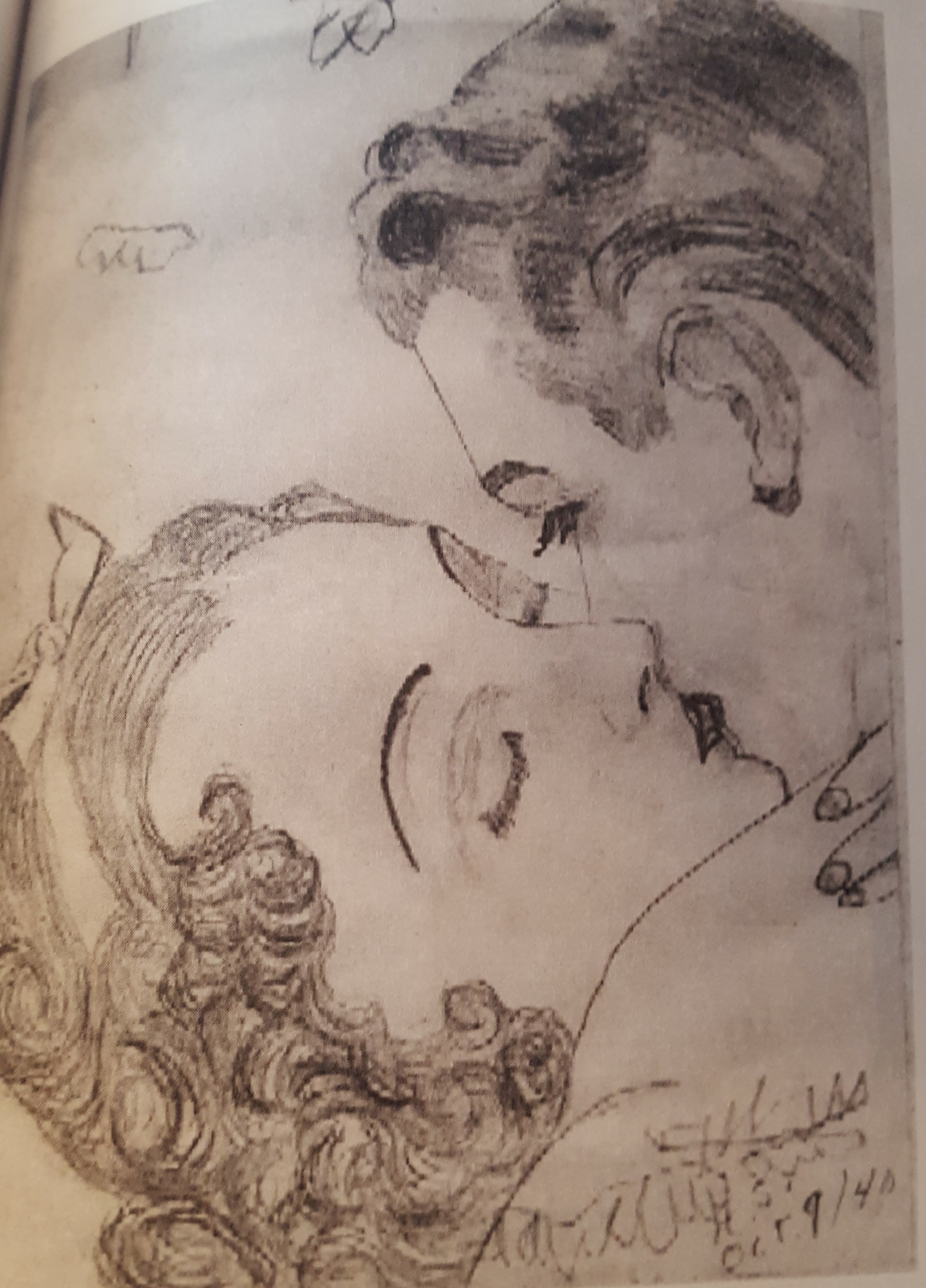 I didn’t know her very well; I was five when she passed away. But that isn’t the end of someone, is it? Passing away doesn’t erase them from the hearts of their loved ones. Stories continue to be told about her by family and friends. A dinner with family will produce a story of Annabelle’s mischievous ways and how she loved it when someone asked her to pass the butter. She would do so with a twist that sent the receiver’s thumb right into the butter as they tried to take the dish. She’d laugh and laugh at that one.

She was an instigator of great fun. She was caring and kind. She was hard-working and she loved her garden. So when I finally put down some roots here in Boise and began to show an aptitude for growing things; it was often commented that I had Annabelle’s green thumb.

So when I dig in the dirt, and when my heavy breathing becomes the rhythm in which I shovel, my mind clears and I think about my great grandma digging in this same dirt. Plotting her own garden. Getting excited at the first signs of spring. And there is a connection to the past there. I have a sort of “telephone line through time” (as the Indigo Girls put it so eloquently). Digging in the dirt, I’m lost in a mediation of connection with those that came before me.

It was thinking all these things while I dug, that I recalled one of those tid-bits of information 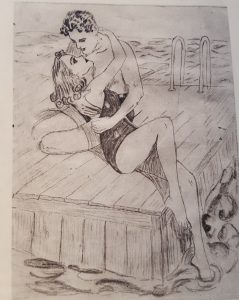 about Grandma Annabelle. She was a wonderful artist. Among some of her papers were sketches of dresses she later brought to life on a sewing machine for her daughter. There were beautiful landscapes done in pencil that might have been studies for oil paintings she did. But my favorite were these romantic sketches that portray the forties era when they were done and perhaps the romantic heart of Annabelle.

This is where the story gets a little warped. Coming across those sketches, my great-uncle said, “Oh yeah, mom did some sketches for a magazine called Ranch Romance.”

Do we have any of those magazines? Sadly, no. 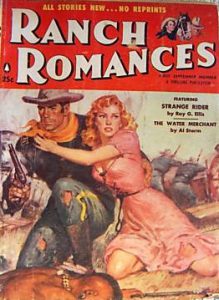 I was thinking about this while I dug yesterday. So I looked up the magazine and it’s actually called Ranch Romances Magazine. I wonder, having found several copies on-line, if Annabelle did indeed submit her artwork for publication or if she liked to use the covers as inspiration for her own sketches. These are the bits and pieces of history that ignite my imagination and excite me. 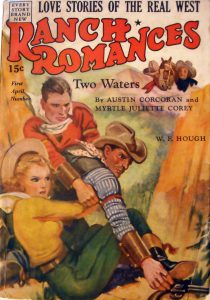 A few things about Ranch Romances Magazine. The magazine had a female editor by the name of Fanny Ellsworth who kept that ship sailing smoothly and quite popularly for 30 years. (In a time when strong, intelligent women are, yet again, being preyed upon by insecure men because the biggest insecure man waddling through the White House has made it okay to do so, I need this kind of information.) 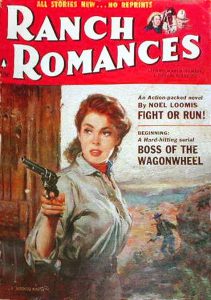 I digress. Miss Ellsworth figured out how to drive the magazine, blending the excitement of the old west with a romantic heart. The magazine went out monthly to a subscription rate of over 200,000. However, it was the invention of the television, the rise 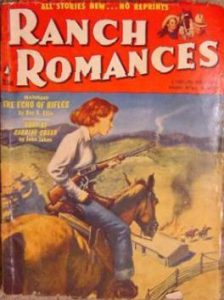 of the Western Movie Star and the new frontier of Space that left such pulp magazines like Ranch Romances in the dust.

I scrolled through the magazine covers, easily obtained by a search of Ranch Romances Magazine Covers on-line. They have an element of heaving bosom, but most of the time, the women are astride a horse and handling a smoking gun with a certain, “Don’t double cross me fucker” air about them.

And the titles! Oh I love them all. There were such stories as “Out of The Devils Bowl”, “Mustang Marauders”, “Outlaw Blood”, “Frontier Puritan” and “Tumbleweed with Spurs.” 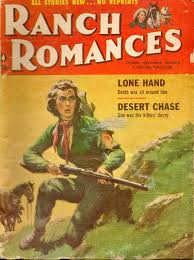 I’m thinking of writing the short story “Frontier Puritan” because I don’t quite know what that would look like or be about!

Now, if you will please excuse me, it seems I have a bit more digging to do.