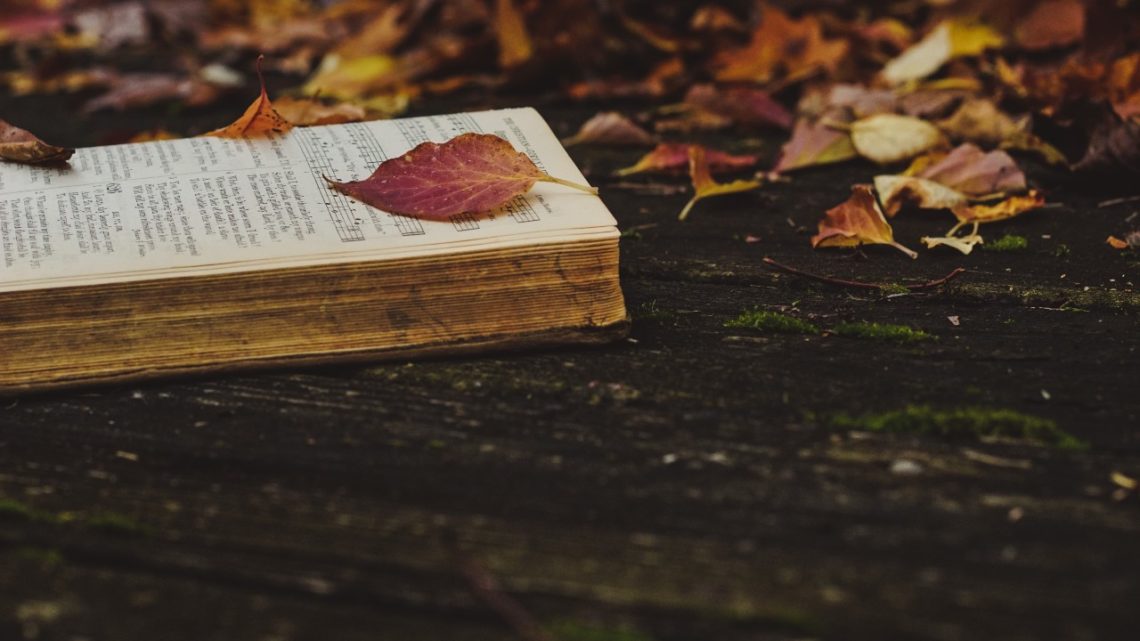 Why do we call it Fall?

This time of year, the months between summer and winter, weren’t always called ‘Fall’. They were actually referred to as “Harvest” back in the olden days. (The olden days being 1300s England.) The word “harvest” comes from the Old Norse “haust,” which means “to gather or pluck.” That’s not a big leap in terms of etymology.

In England, the term “Harvest” was a slightly confusing because there were two ‘harvests’. One when you actually, physically, harvested the crops, which was traditionally between August and November; and the other “Harvest” was the time of year you celebrated all the gathered crops.

People, confused over these two words which mean kind of similar things, were saved when an old Latin word rode in like a Rock Star: autumnus. Actually, we think it’s Latin. No one is really sure, but there is this Etruscan word “autu” which meant ‘the drying season’…so maybe it was Latin.

Still, the folks of England liked this word and “Autumn” made its way into the language in the 1300s. Where Chaucer is said to have been the first to use it. If I’m thinking about it, I don’t really know if this is the case or not, I mean, I think the fact that his writings are still around helps, we don’t know what books we lost and where the word might have shown up before then? But Chaucer is credited in  1374 as writing: “Autumn comes again, heavy of apples.” Of course it was written in Middle English, but there you go.

By the 1600s the poets were all swoony over the falling leaves and loves and their odes. Even though they still liked to refer to the harvest season as Autumn, they threw in hefty references to the “Fall.”

Then, a handful of folks moved to America and united the states and preferred to call the season “Fall” rather than “Autumn”. It seems no one knows the exact reasons why “Fall” flourished in the United States…but by the mid-1800s, fall was considered to be entirely American by American lexicographers.”

And because of the Revolutionary War, England calls it Autumn and Americans call it Fall. That’s not really true; I don’t think.

While we’re on the subject, do you know why leaves turn color?

Turns out, leaves aren’t actually green. I mean, they are, but they aren’t. Did you know, in the spring and summer, leaves need nourishment from the sun, which is called chlorophyll. That’s what causes the leaves green colors. “In autumn, when colder, shorter days arrive, many kinds of trees no longer make food energy with their leaves and, consequently, no longer need the green pigment.” And the leaves are free to show their true colors. There’s a bit more science to it if you’re interested.

The poetry foundation has some of their favorite fall poems organized here in several different categories: Cycles of life, Autumn Leaves, Remembrances and Harvest.

I thought in honor of the changing colors and falling leaves in my little corner of the world, I would share a few of my favorite passages and poems of those writers who let the colorful season get the best of them. 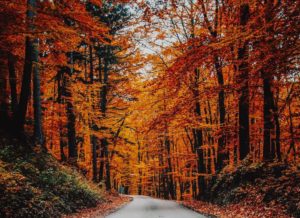 That time of year thou mayst in me behold
When yellow leaves, or none, or few, do hang
Upon those boughs which shake against the cold,
Bare ruined choirs, where late the sweet birds sang.
In me thou see’st the twilight of such day
As after sunset fadeth in the west;
Which by and by black night doth take away,
Death’s second self, that seals up all in rest.
In me thou see’st the glowing of such fire,
That on the ashes of his youth doth lie,
As the deathbed whereon it must expire,
Consumed with that which it was nourished by.
This thou perceiv’st, which makes thy love more strong,
To love that well which thou must leave ere long. 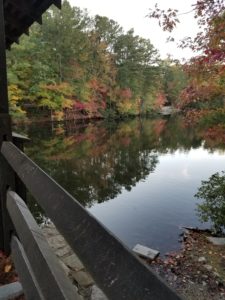 Robert Frost, Nothing Gold Can Stay

Nature’s first green is gold,
Her hardest hue to hold.
Her early leaf’s a flower;
But only so an hour.
Then leaf subsides to leaf,
So Eden sank to grief,
So dawn goes down to day
Nothing gold can stay. 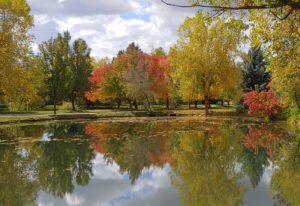 Only lovers
see the fall
a signal end to endings
a gruffish gesture alerting
those who will not be alarmed
that we begin to stop
in order to begin
again. 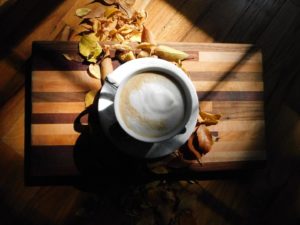 In the deep fall
don’t you imagine the leaves think how
comfortable it will be to touch
the earth instead of the
nothingness of air and the endless
freshets of wind? And don’t you think
the trees themselves, especially those with mossy,
warm caves, begin to think

of the birds that will come — six, a dozen — to sleep
inside their bodies? And don’t you hear
the goldenrod whispering goodbye,
the everlasting being crowned with the first
tuffets of snow? The pond
vanishes, and the white field over which
the fox runs so quickly brings out
its blue shadows. And the wind pumps its
bellows. And at evening especially,
the piled firewood shifts a little,
longing to be on its way. 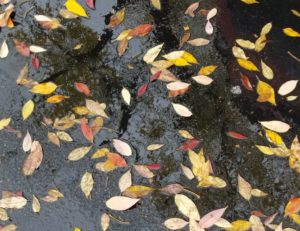 Jane Hirshfield, The Heat of Autumn

The heat of autumn
is different from the heat of summer.
One ripens apples, the other turns them to cider.
One is a dock you walk out on,
the other the spine of a thin swimming horse
and the river each day a full measure colder.
A man with cancer leaves his wife for his lover.
Before he goes she straightens his belts in the closet,
rearranges the socks and sweaters inside the dresser
by color. That’s autumn heat:

her hand placing silver buckles with silver,
gold buckles with gold, setting each
on the hook it belongs on in a closet soon to be empty,
and calling it pleasure.

“October, baptize me with leaves! Swaddle me in corduroy and nurse me with split pea soup. October, tuck tiny candy bars in my pockets and carve my smile into a thousand pumpkins. O autumn!” – Rainbow Rowell