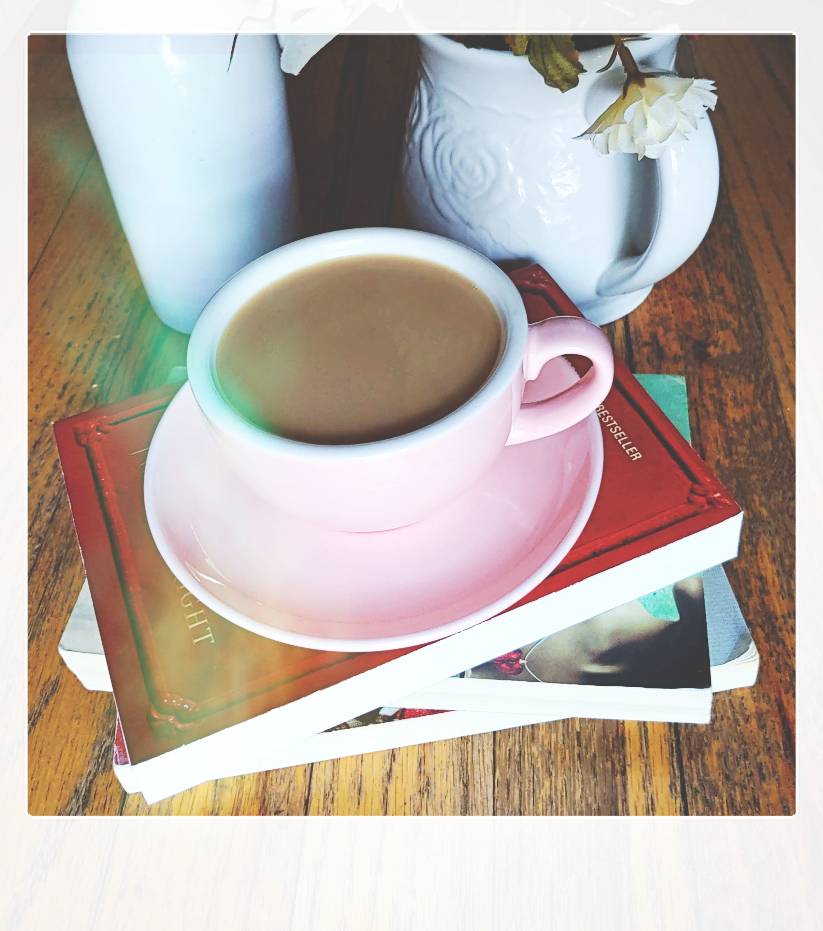 Jólabókaflóð is an Icelandic word.

Why are we talking about Christmas and Icelandic people in September? Because I was just made aware of this Christmas tradition!

The people of Iceland exchange presents on Christmas Eve, but your biggest gift, is a book! Aka: Jolabokaflod. When the merriment and exchange is over, you take your new book, (an actual physical book, they do not exchange eBooks) and cuddle up next to the fire with a hot beverage and spend the rest of the night reading! 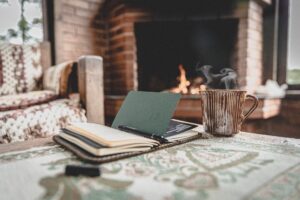 Doesn’t that sound like the stuff quaint, snowed in, holiday, small town novels are made out of?

The tradition began during World War II. Paper was one of the commodities that wasn’t rationed, so during those lean years, when the Christmas holiday came around, people gifted books. And thus a tradition was born and has been going strong ever since.

When you have a whole country purchasing books for each other, it just happens that it becomes the backbone of publishing in Iceland. So new titles tend to ‘drop’ in early November. Just in time for the release of the Bokatidindi or “book bulletin” This is the ‘Sears Catalog’ of books that is sent to each home. 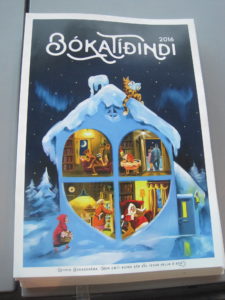 Here’s something interesting; Icelandic is a language that is only spoken by 330 thousand people. And yet, over 1300 titles are published each year.

Turns out that the Icelandic people have historically had a high propensity for literature.

When we talk about Old Norse Literature, we are actually talking about Icelandic literature. So, we all know that the Viking People came from ancient cultures in Sweden, Norway and Iceland.

Did you know that the first people to move to Iceland did so in 870 A.D.?! The reason for the move to such an uninhabitable place, was that folks were being exile out of Norway. They needed to find a new place to set up home, and that home was Iceland for many of them.

I think of immigrants over time, how they clutch their old ways and traditions tighter to their chest as they being a new life. I wonder if that was the same for these new immigrants to this harsh land? If they could imagine that their stories would survive, I suppose they might straighten their own backbone and believe that they too would survive.

Not only did the writings of the first settlers to Iceland survive, they are still being published today and have been translated into many different languages.

There are two kinds of writings, the Eddas, which are more mythological stories. Dealing with Ragnarök and Oden and his whole family. Then there are the Sagas, which are more dramatic telling of their history of kings and heroic people. Interested in maybe reading these? Just in case, here are the links. Sagas of the Icelanders and the Poetic Edda.

The breadth and width of these stories are so far reaching, that even J. R. R. Tolkien was deeply inspired by Norse Mythology. There are a lot of papers that have been written about the parallels between the legends of the Vikings and the poems in The Lord of the Rings.

I feel like the settlers to the shores of Iceland set the tradition for a love of reading and storytelling for all generations to come.

I love the romance that I immediately apply to this tradition of Jolabokaflod.

Then I think about my actual life. I think about the times my whole family gets together for the holiday. The raucous laughter and sound, the music. I’m sure we could all get on board with giving books as gifts, but the second part, finding a quiet nook to take your book and hot chocolate in order to read…that might be difficult. I would be the first to interrupt everyone, because of the excitement of just being together, and because it’s not in my nature, when surrounded by all my family, to be quite.

But maybe after that’s all finished. When I’m in bed, maybe cracking open a new book as I listen for the jingle of bells and the clomp of reindeer hoofs on the roof. As the heater staves off the cold, dark night…maybe that would be the best moment to enjoy the Christmas book flood.

“The Icelandic language has some neat proverbs depicting our love of books such as ‘It is better to be without shoes than without a book’ and ‘A man’s best friend is a book’ (not a dog). ‘To walk around with a book in your stomach’ is a common phrase meaning ‘to have an idea for a book’.” 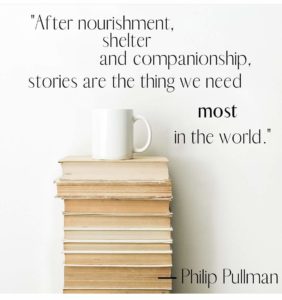