As part of the annual Writers in the Attic contest, 21 authors from Idaho were selected…to be featured in this anthology of stories focused around the theme detour. Nicole Sharp’s story “Ithaca” is featured. Click on the book to order your copy. 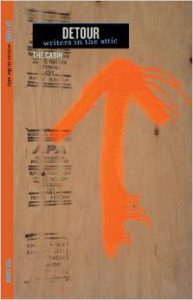 A few of my favorite articles written for Greenbelt Magazine:

A selection of articles from Eagle Magazine:

Christmas in the Village Sept/Oct 2014

Suicide is Painless (Book Review of A Long Way Down by Nick Hornsby) September 13, 2006

A League of Extraordinary Artists August 30, 2006

A throwback to the beginning of the not so journalistic world: The Arbiter