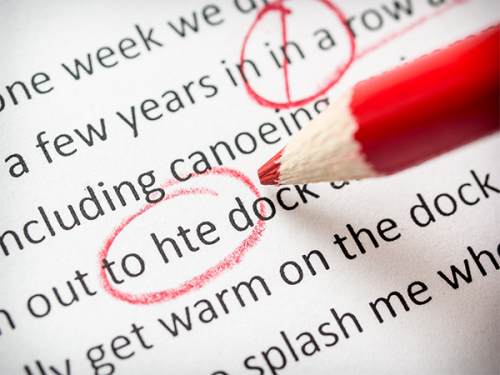 As my editor and I are working on the book that will be my debut, we’re getting into the nitty gritty weeds. For example, do I want to spell out my numbers (three fifteen) or just leave them in number form (3:15)? Do I want to italicize internal thoughts or leave them just in a new paragraph on their own, or do both?

Another aspect is proper spelling. Proper damn spelling, if you will. I would like to make sure my foul language is spelled and used properly. You know, to make my parents proud.

So today’s quest is getting to the bottom of this question: is it spelled “damnit” or “dammit” or is it “damn it”?

See, even typed out there is a red line under the first one, suggesting “damnit” isn’t correct and the other version, “dammit” is…but if you ask the computer spell check what I should use instead, it has no offer of correction. So, to the interwebs we go!!

After twenty pages of various forums and etymology entries, it turns out all three spellings are acceptable because enough people have used them in various ways across various literary platforms. The rule is that consistency is key. 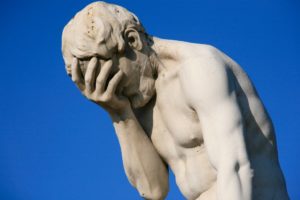 Well, I want to be utterly correct. So I’m going to use the corroborated definitions from Merriam-Webster, Collin’s Dictionary and Dictionary.com which all cite: Dammit as the correct spelling.

And in fact, yourdictionary.com declares: “Damnit -Common misspelling of dammit.”

And here is where the rabbit hole dive comes into play…I actually now know too much about the history, aka etymology, of this damn word.

The one thing everyone seems to be able to agree on, is that the proper spelling is D A M N. And this little word has had quite the historical adventure.

Hey look, the Latin speakers had a verb of this word (because of course they did): Damnare “to adjudge guilty; to doom; to condemn, blame, reject.”

This Damn word was not a swear word when it was Latin. Apparently it was dignified and wore a toga.

So our damn word traveled north, took a break in France where it found itself combined with god. During the Hundred Years’ War, (1337-1453), the French started calling the English “les goddems”. Apparently they called the English this because of the English’s “frequent profanity.”  According to Geoffrey Hughes’ book, “A Social History of Foul Language, Oaths, and Profanity in English.”

Having enough of a hundred-year war, because wouldn’t you be tired after that? The word made its way to England in three different forms: Dampnen, damnen and dammen. It still meant the same thing though, “to condem, declare guilty, and convict.”

Once in England, it found a man by the name of Geoffrey.

Here is an example of Chaucer using the word from Oxfords English Dictionary:

“For, sir, hit is no maystrie for a lord / To dampne a man with-oute answere of word” (“For, sire, it is no triumph for a lord / To condemn a man without answering a word”). The Legend of Good Women, circa 1385, by Geoffrey Chaucer.

After Chaucer was finished with the word, he handed it over to Shakespeare who often used the world with a more “religious connotation which in turn strengthened its chastising tone.”

*Makes a mental note to possibly start using this phrase to insult people.

There is this idea that hell-fire mixed with the devil damning you was as bad as it got for wishing someone ill will among a God-fearing people of Shakespeare’s day.

After spending time with literary types, the word floated on the wind until someone, somewhere got really damn angry. And the word became a noun, and was used profanely.

Example? Here you go. Again from the Oxford English Dictionary: “from Monsieur Thomas, a comedy by the English playwright John Fletcher, believed written between 1610 and 1616: “Rack a maids tender eares, with dam’s and divels?”

(That doesn’t seem to be so bad, but it was three hundred years ago…and while we’re on the subject of “back in the olden days”, I bet there is more about this word, if we read about how the average man spoke outside of a literary text, and if said text had survived. I mean, since no one was really recording how Joe Average was speaking in the pubs and in the fields, maybe damn was a bad word before it was recorded as being a bad word.)

I digress, as the word spread and gathered width and depth of meaning, it found itself in the 18th century and used in every day speech as well as literature and silent movies even.

By 1908, people stopped damming subjects and made popular a smashed together interjection of Dammit. “A representation of the oath damn it! As it usually is sounded, 1908.”

But then, things get interesting. This word gained momentum as a ‘bad’ word; and as such, it was pretty much kept out of print from the 18th century to 1930s.

What changed in 1930s you might be asking yourself.

Well, it would seem that in the 1930s, Hollywood had a Motion Picture Production Code, and in March of 1930, the word ‘Damn’ was prohibited. So movie folks didn’t use the word. That is, until 1939. There was this big budget movie that had been made, and some would say, the whole thing hinged on this last line. It wasn’t famous yet, this last line, but the word it wanted to use was outlawed. Funny enough, the MPPDA board passed an amendment to the Production Code on November 1, 1939, “that allowed use of the words ‘hell’ or ‘damn’ when their use “shall be essential and required for portrayal, in proper historical context, of any scene or dialogue based upon historical fact or folklore…” All of this legal jargon allowed this one great line to be uttered:

“Frankly, my dear, I don’t give a damn.” -Gone With the Wind

These days, the damn word is “among the top two thousand most commonly used words in the English language”, according to the Dictionary of Contemporary English.

But if you think the damn word is done, it isn’t. It’s still stretching its wings and growing in new directions. It can be slang to express awe: “Day-umm” and it can express surprise: “hot damn!”

On this weird deep dive, I found a list of idioms, and have some new favorites that you might want to start using yourself:

“Compliment so feebly that it amounts to no compliment at all, or even implies condemnation. For example, The reviewer damned the singer with faint praise, admiring her dress but not mentioning her voice . This idea was already expressed in Roman times by Favorinus (c. a.d. 110) but the actual expression comes from Alexander Pope’s Epistle to Doctor Arbuthnot (1733): “Damn with faint praise, assent with civil leer, and, without sneering, teach the rest to sneer.“

To not give a tinker’s damn about something or someone

“Something of no value. Itinerant tinsmiths known as tinkers were rough and ready men who saw no reason to watch their language. They swore so frequently that their curse words had no value for emphasis or anything else, and so something that was said to be worth a tinker’s damn had no merit or value at all.”

“Proceed at once, no matter what. This cliché is a quotation of Admiral David Glasgow Farragut’s order during the Civil War, at the battle of Mobile Bay (August 5, 1864). It has been repeated ever since, under a variety of circumstances.” “The actual order (if it ever existed) was, “Damn the torpedoes! Four bells. Captain Drayton, go ahead! Jouett, full speed!”

As near as dammit

“In every practical or functional sense; almost completely. Primarily heard in UK.”

Damn it to blue blazes

An exclamation of frustration. There is a theory that “blue blazes” is to reinforce the idea of hell, as sulfur burns blue. But others, those in other forums, say it’s just alliteration. Damn it to blazes is less fun than ‘blue blazes’.

I hope this has brought you some fun and maybe expanded your use of the word damn. Are there any damn uses of the word you’ve heard over the years that should be   shared?