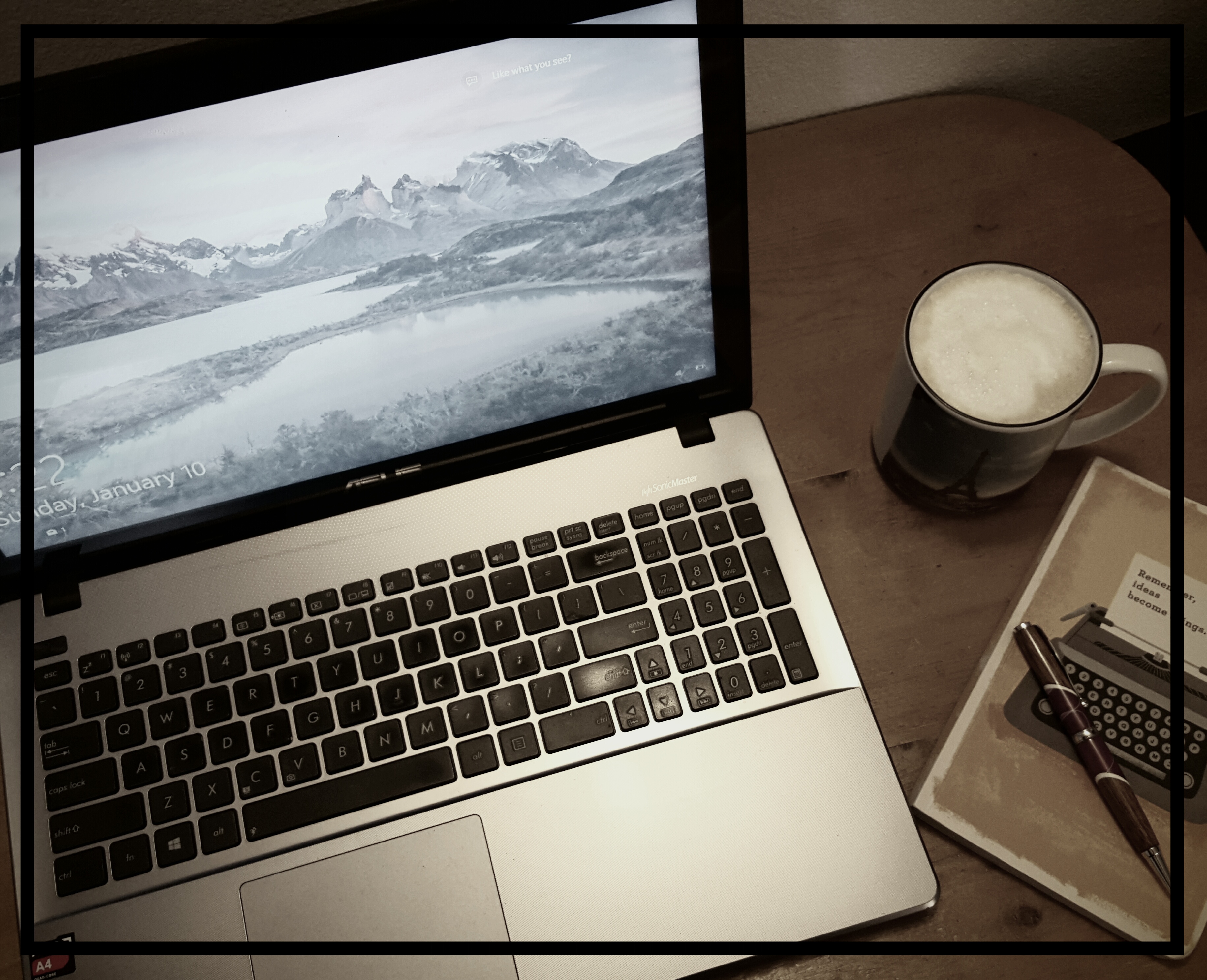 I haven’t blogged much lately because I’ve been stuck in the void of grant application deadlines and short story submissions. While a bit of a challenge, the experiences haven’t been bad. One positive is that I’ve been given the opportunity to stand up for my writing and passion. (Even if I’m standing up to myself.) I’m a writer. There is only one direction. Forward. Always.

(Oooh, it works for lots of stuff going on in life right now, too. Weird, huh?)

That’s one side of the grant application. The other is an exercise in self examination.  I’ve had to come up with several personal statements that cause me to question, “who am I?”

Wait. It’s not like that. Not the way you just read those words. Off handed and quickly,  ‘who am I’.

Read it again. With gusto. Read it like the self-inflicted, insidious introspection it’s become. Like it’s a torturous, soul bending, hair pulling, lying prone on the floor scream of: “WHO AM I?!!”

There you go, that’s how you should read it.

You see, while filling out the information I DO know: type of art, name, address, phone number…the rest of the questions left to answer are along these lines: “Who are you as an artist?”

And this ridiculous question is given the space of 1000 characters for answering.  Not words, CHARACTERS! Each space and period and quote counts.

So I’ve been trying to figure out who I am in a compact, small space. Hence, no blog for the last two weeks.

I was talking with a friend about this, as I’m wont to do. And she’s an artist and has been doing some cool stuff lately. One of which was a self-portrait. Which was cool because I’ve been thinking about self-portraits. I like the idea that an artist can portray themselves against the backdrop of what meant the most to them at a point in time. And then later have a comparison.

I have photographs I take of myself every year on my birthday, but to me  it’s not the same.

Our conversation twisted around this idea for awhile until I started to ponder the Author’s Bio. I’ve come up with several over the years. All dependent on the work I was accomplishing or submitting at the time. So wouldn’t it stand, that those paragraphs, in essence, are historical self-portrait of the writer as an artist? 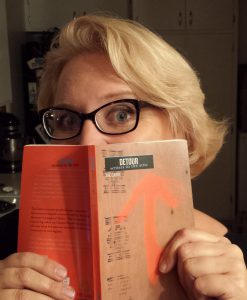 Of course, I came home and started rummaging around in my writings to compare and contrast a handful of author bios from over the years.

1981: (Found among school papers my mom saved for all us kids. Thanks mom!)

I am Nicole Sharp. I am a writer, and that scares the shit out of me.

After working for the Idaho fish and game for two summers I moved from Southern California to Boise, Idaho in 1996. The move was a bit of a culture shock. I decided to study History at Boise State University, although I’m a writer. I feel like there are better stories to pull from in History. I have always been writing. Since as long as I could remember the pull to write something beautiful, to capture life, pulled at me. I got serious two years ago and took a fiction writing class. I cried after each of my stories were critiqued, and wadded up my ‘bleeding’ manuscripts, vowing to quit writing after each class. But to be honest, writing is like breathing. I didn’t learn how to write in that class, I learned how to stand behind my work, take criticism and make my work better.

2002: (For like five minutes I had the idea to use a pen name, I thought it was cool and literary sounding. It was short lived.)

Rose Austin is currently without a home. She has been traveling around the world finding stories and defining a reality all her own. When she isn’t living out of a suitcase, she is the author of several books and waits impatiently to become the published author she’s always wanted to be. She believes she was put on this earth to inspire people. To make them laugh. To entertain and to record whatever history comes her way to the best of her ability.

Nicole Sharp has followed her gypsy heart, traveling the world. With an ever present notebook at her side, she has attempted to capture her experiences and establish herself as a fiction writer.

She has finished numerous novels that now find themselves in a limbo state – queries upon the desks of literary agents.

Nicole writes daily to better her craft and she believes no matter what my come of her writing career, no one will ever be able to say she wasn’t true to her passion.

2011: (I was a published every month in two magazines in Boise. I needed a tag line. This is what appeared for four years next to my photo.)

I’m Nicole Sharp, a fiction writer. I think Jane Austen was/is pretty awesome. I swig coffee the way a dehydrated sailor with scurvy would whiskey. The writing of Arrested Development gave me faith in humanity once again. I am a purveyor of the perfect Italian Cappuccino and world travel. And I think after all these years of writing, I too am just trying to figure out my own truth, and perhaps I am looking, like Hemingway, to write one good sentence.

I am a writer. But that’s a bit simplified. I suppose what I truly am is an over caffeinated soul eater. I listen to overheard conversations and build stories based on pilfered moments. I steal characteristics and immortalize them in black Times New Roman. I inhale a turn of phrase and breathe life into it amid a world of my own creating. I build experiences, I break hearts, I test the human spirit. And then, I dip all of the soul eating in chocolate so it goes down smooth and possibly pulls a smile from my reader as I attempt to entertain.

2018: (By September I had a little umph under my belt, and a magazine that published one of my short stories needed a different bio than my normal one. So this was what I put together.)

Nicole Sharp a fiction writer. She swigs coffee the way a dehydrated sailor with scurvy would whiskey. She is a purveyor of world travel and the perfect Cappuccino. When not writing, she dreams of the places she’s yet to go and continues learning the Italian language. Her only fancy degree is a Bachelors in History. (Think Romans and Greeks.) She has several awards, an Artist in Residency and many publications under her belt. She received a 2018 Alexa Rose Foundation Grant for writing. Most recently her short story “Ithaca” was published in Detour: Writer’s From the Attic, “Fireflies” published in East Jasmine Review and “Ending Up” published in Flare.

The first sentence I ever wrote for a book was this: As I sat in the dark of the warm summer night, the fragrance of night jasmine filled my nose, small crickets played their high pitched chatter and the trees swayed to the deaf song of the wind.

Of course peer pressure and puberty twisted my sense of self up in an intricate knot. I never stopped writing but I also never told anyone I was a writer. That untangling would take another two decades before I came blazing out of the proverbial writing closet.

I’ve spent the years finding my voice and style. I’m haphazard when inspiration strikes. Gloriously messy in my daily practice. I create worlds based on overheard conversations. I steal characteristics and pilfer moments, immortalizing them in black Times New Roman. I inhale a turn of phrase and breathe life into it amid a world of my own creating. I build experiences, break hearts and test the human spirit. Then, I dip it all in chocolate so it goes down smooth and possibly, pulls a smile from my reader as I attempt to entertain.

That twelve-year-old girl has had quite a life so far, and there are still so many more stories to tell.