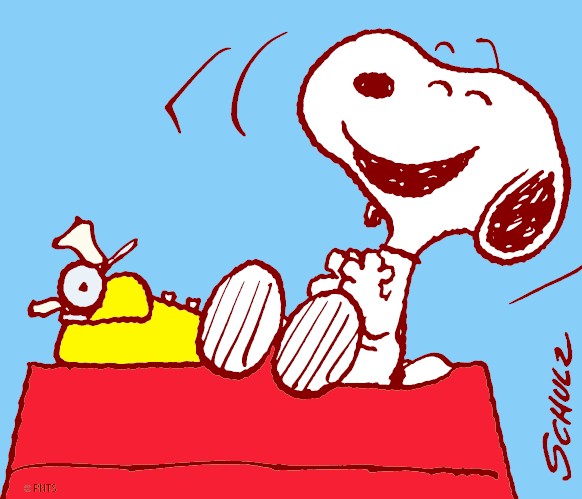 I’ve been entertaining people most my life. Whether it was through theater, singing or writing, I entertained. Sitting with a group of friends, and watching how the light comes to their eyes when they are engaged because they are laughing at something I said or am doing…that’s my fuel.

I’ve always added a bit of humor in my writing, not so much that my writing would be considered satire or humor, but I sprinkled a bit of it here and there, to take the edge off. For the shock of it. Because it’s fun. It isn’t something I set out to do, it just happened. In fact, I never have given it much thought, other than laughter and comedy are an extension of my self.

Of course, quotes by Moliere have floated through the back of my mind from time to time, “the duty of comedy is to correct men by amusing them.” I don’t know that I was ever trying to correct anyone’s views or actions.

I make a blanket statement like that, but I can see that when we can laugh at ourselves through someone else’s laughable example, perhaps there is catharsis in that, and sometimes, if we’re lucky, there might be a life lesson. For me, I’ve always felt that using humor or satire, brings an element of humanness to me as a writer and to my characters.

Last week, when we decided to write about a form I wanted to discuss with my writing group, I immediately thought “comfort zone” first. I have a sneaking suspicion that the other forms my writing group will decide to work with will challenge me. However, when I started looking up the actual “how and why” of satire and humor writing, I was intimidated. It gets all discombobulated. I mean, did you know Satire and Humor writing are two different forms? Kind of.

E. B. White, American writer, editor, and longtime contributor to The New Yorker, once said this of comedy writing: “Analyzing humor is like dissecting a frog. Few people are interested and the frog dies of it.”

This is a true statement.

The Oxford Dictionary defines satire as “the use of humour, irony, exaggeration, or ridicule to expose and criticize people’s stupidity or vices, particularly in the context of contemporary politics and other topical issues.”

When I think of satire and humor writing, I think of David Sedaris. I pulled up several interviews and quotes by the man, and found it interesting that the word humorist and satirist were used interchangeably.

The first idea I have on this is that it’s like calling a hummingbird a bird. While a hummingbird is the smallest of the ‘Bird’ family; it’s also a hummingbird. Not much of a difference, but if you really want to get down to the nitty gritty, there are a few things we could discuss. So from here on out, I will most likely use the terms satire and humor interchangeably.

I found a website of in-depth examples of humor writing. Without going through my history I can’t tell you what the website was and it wasn’t worth it anyway, because it said humor writing can be found in book form, short humor pieces, and essays.

In the same way you can find ants in all parts of the world, you can find humor writing in all sorts of forms, from poetry to fiction. So, now you know.

Now that we’ve defined humor and satire, somewhat awkwardly – because Nicole decided to write this whole piece in a stream of consciousness way – the next logical step would be to look at some popular types of humor.

So, those are the popular forms of humor. I suppose, we should figure out how to write humorously. Back to the interwebs to mine the ore of directions on how to write.

I found these “Four Golden Rules for Writing Humor”

1.Identify your style of humor

This basically says to sit down and figure out what you think is funny but warns to NOT mimic other people’s styles in creative writing, claiming it won’t work and your writing will be weird.

(So, step one seems like a self-help novel in and of itself. Define who you are, but be sure you don’t use definitions that would define ANYONE else.)

The rule of three is a common rule in humor writing and one of the most common comedy writing secrets. It involves establishing a set pattern with two ideas and then subverting that pattern with a third, incompatible idea: “Can I get you anything? Coffee? Tea? Me?”

(I have no comment on this; other than I use this rule often in my own writing. It’s like one of those rules you know but aren’t sure where you got it or if you are even doing it right in the first place or even SHOULD be doing it. A lot of “sound” in my writing bounces, swirls and drifts around. Even last week I think a tree twisted, tangled, and tilted.)

(See what I mean? I am beginning to think if you want to write humorously, perhaps we’d be better off reading an Idiot’s Guide to Mining. Hold on, you keep reading, I’ll be right back.)

Mining humorous anecdotes is especially pertinent for humor essays. If you think about it, most of the funny things in your own life are things that our friends and family also find funny. These are the stories we tell over and over. These are the stories we use to bond or connect with others. Before you start writing, make sure you identify why a particular story or anecdote is funny.

While clichés are something most writers try to avoid, it’s important to recognize them. Humor relies in part on twisting a cliché́—transforming or undermining it. You do this by setting up an expectation based on the cliché́ and then providing a surprise outcome. For example: “What doesn’t kill you makes you stranger.” In humor writing, this process is called reforming.

It exists! The Idiot’s Guide to Mining exists. Of course, there are several different books because it all depends on what you want to mine: Gold, bit coins, or oil!

The above were some…rules. I don’t know how “Golden”, they didn’t seem very sparkly to me, but of course, it’s raining today and gray. Does gold shine on cloudy days? It’s something to look into. I mean, since it seems I’m going to start mining soon, this should be something I need to know.

Another article has another list of rules for writing humorously.

(Wait a minute! Another website insisted we steer clear of imitation.

*Re-reads what was read in a hazy shade of exhaustion.

Okay, I understand now. I think. You gotta find your own humor, but it’s okay to rip off Pride and Prejudice as long as you add something like Zombies.)

Well, with the previous lists confusing us properly, I’ll turn our attention to Neil Gaiman and his quick, instant gratification tips on how to write humor.

Did any of this really help? I mean, I learned that there are phrases such as “sherbet lemon” and what a “figgin” is. Also, I learned that I never gave it much thought on the intricate “how’s” of writing humorously. It’s just something I do.

So if you want my two cents worth: I think writing with humor is just another way to connect with the human soul reading my work. It creates an inside joke between the two of us; something we can share and relate to. It isn’t attempting to force punch lines on your reader or suffer sleepless nights in an attempt to wrench loud guffaws. It’s just humanizing yourself for your reader as you try to mine the truth out of the moment.