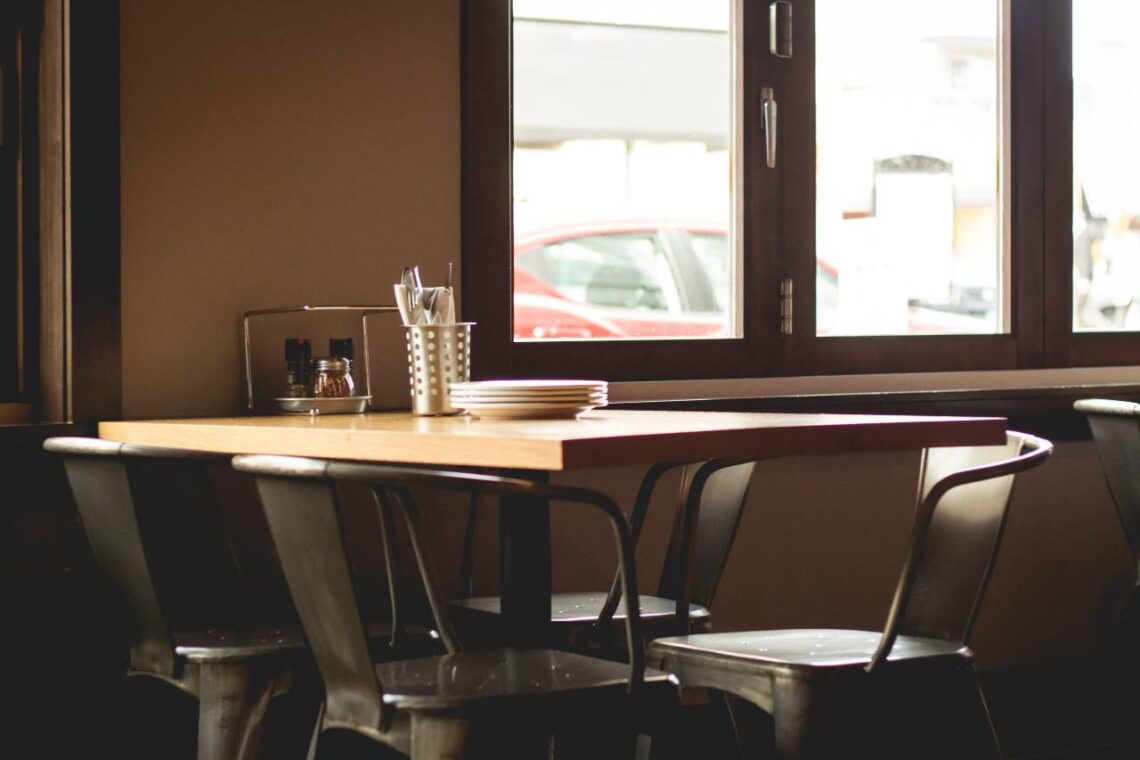 Hi there. In light of the insanity that’s threatening to engulf us these days, I have floated back to the thing that brings me the most comfort. Books. Back to the books that were unapologetically entertaining.  Quick romantic reads. Westerns where men rode off into the sunset at the end of saving towns. Sisterly tales built on Jane Austen’s foundation. And I’ve been thinking, there is something about these books. Reasons they bring me solace. The authors who wrote these stories never held anything back. They weren’t scared of the world they put their words into. They believed their stories. (Traveling through ancient Celtic rocks from 1900s to the 1700s…of course it’s completely and utterly plausible. Because the author believed it and took us to those destinations.

I’ve been writing for a long time now. I used to do it because I loved losing myself in my stories, no matter what I was writing about or how far out of my own life it took place. In my youth, I seldom let people read my words. I thought my creations too ridiculous, too trite, too much of my soul on the page. Then, I got over all the insecure crap and let people into my world and turns out, they rather enjoyed themselves.

So I’ve been thinking about my writing and the troubled times we’re in the thick of and what my purpose is right now. What is the artists role during trouble times? The answer that makes the most sense to me is this:

The creative act is the opposite of the destructive act, and that in itself is a powerful choice, every time you make it. Choosing to engage in creative play and not in fear, hate, worry, and other destructive activities makes a difference in our world. – Maxima Kahn

I feel the need to “do something” to help you. Writing is my talent, it’s what I have to gift. So while I continue to create, here are some of my older creations for your enjoyment. If for only a brief few moments, maybe they’ll take your mind off the stresses that are swirling.

Let’s start with a short story, as requested by my dear friend Ariane. 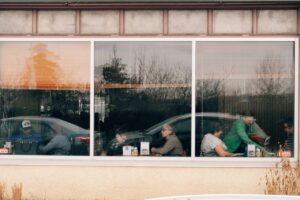 Talking to Walls by Nicole Sharp

Ronald King walked with his shoulders hunched forward, his hands balled in fists, and his head on a constant surveilling swivel. He walked like he’d seen an overabundance of evil in the world and continued to live in fear of it. He walked as if he might be set upon at any moment. As if every corner held a lurking demon. So he hunched his shoulders, a linebacker ready to defend himself or if need be, to drop and roll into a ball at the first hint of terror.

Ronald King kept his hands tightly fisted. The brooding fists made his knuckles continuously white, but that was fine by Ronald. Tightly balled fists shaved seconds off any need to defend himself. Ronald didn’t seem to care that his balled fists, even in the middle of the local grocery store made strangers uncomfortable.

The locals were used to it. Strangers were wary. But I often thought his fists, the blood rushing out of them, turning cold with the effort, helped keep Ronald in check. As if the loosening of his fists would be the loosening of the man himself. Somehow he’d lose himself if he let go. He’d fall apart.

He had salt and pepper hair, early onset graying hair. Ronald was forty-three years old and had a full head of thick hair, but it was mostly gray now. Folks said it was the stress of his life that brought it on.

There were days Ronald felt he was only forty-three years old and reveled momentarily in the feel of it. Those days were few and far. Most days he felt as if his forty-three years were dog years, he felt so tired and so old. This was general knowledge, as he told the wall of The Club Bar, where he sat alone at the farthest end most nights, that he felt hundreds of years old. But sometimes, he told the wall he only felt his forty-three years. Even if those days were few and far in between, it was nice to feel a little younger.

Jimmy, the bartender, stopped paying attention to the conversations Ronald had with the wall a long time ago, however, every now and then, he overheard a few comments. For example, once, when Jimmy was digging through the small fridge under the bar, near the place Ronald sat, he overheard the comment, “I’m so tired, my age don’t feel like human years, feels like dog years. Not human at all.”

Ronald had long ago convinced himself he’d be better off if he just disappeared into the wild and passed from this life. This was another overheard conversation between Ronald and a wall. Only this wall was in the restaurant he frequented for breakfast. Ronald didn’t know if anything waited for him in another life, in another plane of existence. He just assumed anything would be better than the life he was pretending to live.

And there had been another life, but that was so long ago. He wouldn’t think about it. Thinking about past lives would drive him mad. A man shouldn’t think about the world he once felt safe in. That was the overhead conversation a barista at the coffee shop reported.

“He’s married you know.” This was the kind of information the locals told each other after Ronald had come and gone. They’d speculate and gossip, which was the way of things in the small town Ronald lived.

“Well, he was married. I’m not sure if he’s still married now. She’s gone of course, but…”

Ronald had been married five times. Each marriage lasted fewer and fewer years, months, and days. He had a handful of step children, at least some of the folks who had been around when he brought the wives home remembered some kids. None of them ever came back to visit Ronald after they left.

Ronald never understood children. He told that to the front window of Mel’s Dressy Import when he was buying some socks. “I don’t understand kids, but ain’t like they understand me neither. I never let any of em call me dad. That was a good thing, fine by me, a good thing I ain’t got none like that.”

Ronald King was just another eccentric in a small town. Another motley story to be told in the history of strange stories of our town.

Every morning, like clockwork, Ronald woke at six, made himself a pot of coffee, stood at the window in the front of his house and waited for Tilly’s to open. She opened promptly every day at 7am, so Ronald had to wait.

The early morning running and walking types reported this daily habit. Whoever ran, walked, drove past Ronald’s house saw him in his front window staring, drinking a cup of coffee and waiting for Tilly’s to open. Some suspected he might be waiting for something more substantial. But no one could guess what that could be.

Ten minutes before seven, Ronald closed his front door and made his way three long blocks  turning right onto main street and walking another hundred feet to Tilly’s Diner. “He gave up cooking for himself after the last wife left him. Prefers to go out. Be among other folks.” Was the rumor that floated around.

The part about Ronald preferring to be around other folks was questionable. He never made eye contact, and never said a word to Josephine, his regular waitress at Tilly’s. He never said a word to Jimmy, the bartender at The Club Bar. Never thanked Jerry at the Stop and Shop for bagging his groceries. However, they knew what he wanted and what was expected of them – service with no conversation – and they all complied.

Ronald walked slowly in the mornings, not his quick erratic pace that came later in the day. Perhaps it was the lack of people around. His hands were still white fists at his side, he still slouched forward, but the lack of urgency and constant vigilance was different first thing in the morning. As if a fitful sleep somehow shook off the previous day’s built up tension.

Ronald hated walking, but he hated driving more. This he told the freezer section in the mini-mart when Mrs. Jensen was standing within earshot. In the end he decided walking was less of the two evils. So he walked everywhere he went, a stuttered quick walk with his hands in fists tightly swinging by his side, leaning forward a bit. Just in case.

Tilly’s Diner was slow first thing in the morning. 7a.m. usually saw three customers. This morning it was four, as I was starting the early shift at the Grand Hotel. I woke up too early and decided I might as well treat myself to a sort of celebratory breakfast.

“Sometimes I think they’re poisoning my food, but other people eat here too. They keep coming back. So maybe they ain’t poisoning me. Sides, a man’s gotta eat.” Ronald exclaimed at the wall.

I didn’t want to stare, but I’d never been around for one of Ronald’s wall exclamations. I glanced over, but he wasn’t looking at the wall.

“A man’s gotta eat.” He repeated staring at me.

I nodded my head and agreed, “a man’s gotta eat.”

He seemed happy with this interaction and turned his attention back to the placemat in front of him.

I glanced at my own placemat and wondered what it meant when Ronald King began to talk to something other than a wall.