Rejection. It’s good for the soul.

I started out at an early age placing myself in wondrous situations in which hope reigned free all the while rejection lingered blackly on the horizon.

I have a background in theater, choir and writing. Which means I spent an awful lot of time being rejected for plays, solos, and by literary magazines, etc. It’s a bit more rejection than some, not as much as others.

Once again, I’ve opened my world up to rejection this year, with about 1-3 submissions a day, be it to an agent or literary magazine, there is a lot of rejection spilling onto my shoulders yet again. And this isn’t a woe is me moment. Look, I get it. On a daily basis I choose this because it’s part of the process. I want a traditional publishing house, so this is the road I must take. There are different ways to get published, but for now this is what I’m trying.

It’s not all horrible, there have been some acceptance among the rejection as well and a lot of moving forward. And over the years I’ve built up a modicum of callused skin on the subject of rejection. Sure, there are days when it still stings. I’m human, of course it’s going to hurt.

So why do this? “The only writers who are not receiving rejection letters on a regular basis are those who are not submitting work.” – Alex Myers.

I also do this because of the hope, that idea that “it only takes one yes to change my life” that keeps me going.

But that’s the point, isn’t it? That’s human nature for you. There’s always going to be a 50/50 shot when you put yourself out there, rejection or acceptance.

I’ve just chosen a path in this life where rejection is a higher probability.

So, I was wandering through my mind’s history and thought about the first time I felt rejection on a grand scale.

Ah, there it is. It came with my first big crush. Remember your youth? Liking boys who did not like you? Stupid boys.

So there we were, a group of us girls. Awkward at our big 8th grade dance, big curled and teased bangs, smiling through the blue eyeshadow and zit cover-up. I was in youthful lust with Mike E. Had been for a long time, like…almost four weeks now. He didn’t know it and that was fine by me. But at this dance, I wasn’t given the opportunity to just sit back and like Mike from afar, dream about the day he told me he liked me so we could do amazingly grown up 8th grade things like hold hands in public.

No, instead, one of the girls said she was going to tell him. Well, no one is going to make me look silly or foolish except me. So while she was in the bathroom, I sucked it up and told him I liked him. 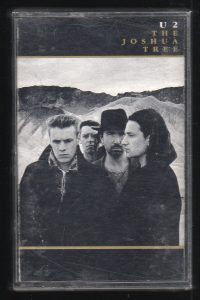 Sadly, curly haired, gangly Mike did not like me back, but he slow danced with me to the song With or Without You by U2. (Yes, I did run out and buy the tape the next day with babysitting money and yes I did play it obsessively, dreaming about the day he would change his mind and see me for the amazing girl I was. And yes, to this day, when I hear that song, I turn it up because it reminds me of my youth and a time when I had no fear and when the world was wide open and when I had a crush on a boy.)

So there we were, I’d told him and he gave me the awkward ‘thanks but no thanks’ speech. Then we danced. Me lightly touching his shoulders, his immature hands awkwardly holding my waist, our arms stretched out as far as they could get, as we swayed in a strange circle. I glanced over at my friends who grinned and gave me thumbs up, I would need to go over in a minute and tell them that he did not like me back. And while my adolescent heart broke from the rejection of the first boy I had a crush on, I caught a glimpse beyond my friends to that girl who was going to ‘tell’ coming out of the bathroom. For a brief moment there was triumph, because I’m not going to take rejection from a third party. I’m going to face it down, all the way to hell by myself. She was visibly disappointed and I was triumphant.

And maybe there’s a lesson here, or maybe it’s just adult eyes looking into the past. Either way, they say lessons like these build character. And I have built an awful lot of characters based on emotions like this.