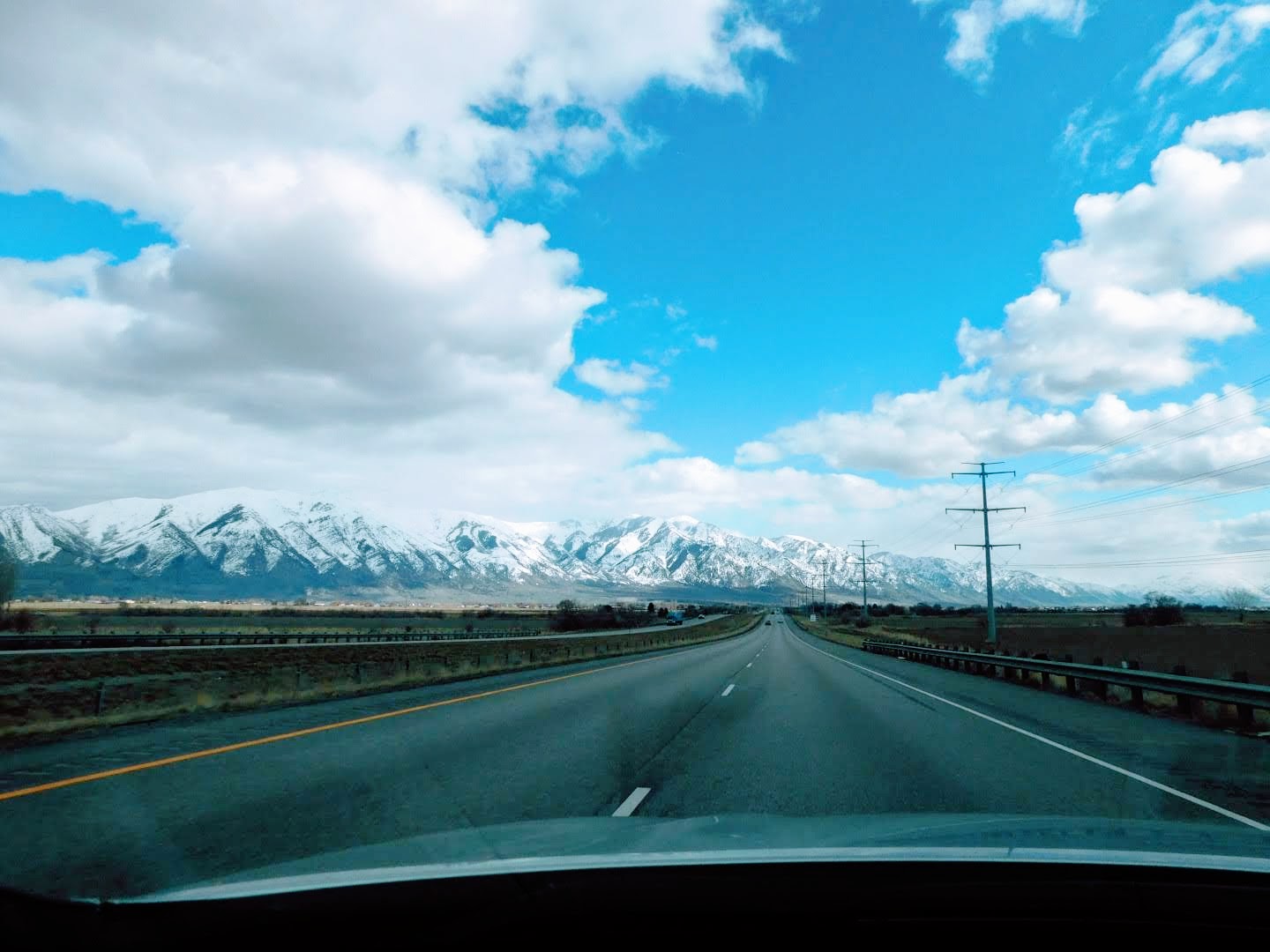 I jumped on the podcast trendy train. No, I’m not putting a podcast out there, but I started listening to them. I didn’t know where to start with the plethora of podcasts that are out these days. Before getting into the podcast these past few months, I’ve only really listened to two from years past.

Sherman Alexie and Jess Walter did one called A Tiny Sense of Accomplishment. They did about 28 shows, the last one being in October of 2015. The other one I loved was The Dead Authors Podcast. “Legendary time-traveling writer H.G. Wells (Paul F. Tompkins) welcomes literary giants to The Upright Citizen Brigade Theater in LA for a lively discussion in front of a live audience. Unscripted, barely researched, all fun!”

I decided to get back into the podcast listening game on my recent drive to Southern California. I came up with this idea an hour before I was going to leave; which left little time for researching. However, I have this whole Spotify app, so I gave it a quick once over and not knowing where to start, settled on Oprah’s Super Soul conversations.

Now, I know what you’re thinking. I’ve found people have one of two reactions when you bring up Oprah any more. One of delight: “I love her!” or one of anger, “I hate Oprah.”

Of course, I guess there are middle ground people too: “I never cared one way or another.” And perhaps tired, “I am so over Oprah.”

Whichever camp you find yourself, don’t despair or stop reading, this blog isn’t about Oprah. She is merely the catalyst for the beginning of this story.

So, an hour before I was leaving; I’ve got Spotify; I looked at the podcast list, it was immense, Oprah came up, I know her, I don’t mind her = download.

I expected a modicum of entertainment, which I received. But what I didn’t expect was that I would cry all the way to California.

I didn’t expect the spiritual kick in the ass, the shakubuku*, that came from those simple conversations.

Debi: You know what you need?

Marty: You wanna tell me what that means?

Debi: It’s a swift, spiritual kick to the head that alters your reality forever.

**Now, is Shakubuku real? Yes, it’s actually has to do with Buddhism. As defined online in the Nichiren Buddhism Library; and the one definition I understood in it’s entirety:

“shakubuku ［折伏]: A method of expounding Buddhism, the aim of which is to suppress others’ illusions and to subdue their attachment to error or evil. This refers to the Buddhist method of leading people, particularly its opponents, to the correct Buddhist teaching by refuting their erroneous views and eliminating their attachment to opinions they have formed. The practice of shakubuku thus means to correct another’s false views and awaken that person to the truth of Buddhism. “

So, I got my swift kick upside the head.

I listened to more podcasts than I had expected, Spotify generated some recommendations based on a logarithm in the spooky world of computers taking over, but I’m sure that’s a conversation for another day; because I still listened to what was recommended. After all, it’s a 14 hour drive to and from California from my small corner of the world.

The whole of what I listened to awoke a part of me I thought a bad relationship a hundred years ago had killed off. That was when I plugged back into the reality of the world, took my break a few months past from blogging and unplugged from the screens and tvs and internet, and started where I had begun this journey so many years ago. Writing with pen and paper and just being happy to be me.

The other day, I found Dax Shepherds’ podcast, the Armchair Expert. I was kinda delighted, if I do say so myself. I hadn’t expected much, but he had interviewed some people I respect, and I was interested in what they had to say. And I really liked the conversations he had with people.

Well, the one that resonated the most this past week was the interview Dax did with Will Ferrell. I have been a long-time fan of Will Ferrell. From Saturday Night Live to the conception of the website Funny or Die. (I have spent entire afternoon’s watching videos on Funny or Die and giggling uncontrollably.) Ferrell makes me laugh with my whole body, I don’t think I’ve ever laughed harder than I did watching the movies Old School and Talladega Nights: The Ballad of Ricky Bobby.

So, I listened to this hour and a half interview while doing yard work and I had to pause the show, run into the house and with muddy fingers and a catch in my breath, write down the following (I’m paraphrasing): If you would be happier failing at this (acting), than succeeding somewhere else, the you are on the right track.

For some reason, that ‘blew up my brains’ as my kid likes to put it.

In the same tangent that this quote came up, Ferrell talked about the best advice he ever got from his dad, which was (again, I’m paraphrasing): If you try it out, (this tough business of acting) and it doesn’t work, you can throw in the towel and still walk away with your head held high.

His dad gave him permission to fail.

Two comedians so eloquently hit me upside the head shakubuku style. With words that sum up what I’ve been spending the past twenty some odd years doing.

I had to learn very early on that it was very much okay to fail. Failing isn’t a bad thing, rejection is failing after all. And what is failing? Look up quotes on failure and everyone who has done great things has advice.

“No human ever became interesting by not failing. The more you fail and recover and improve, the better you are as a person. Ever meet someone who’s always had everything work out for them with zero struggle? They usually have the depth of a puddle. Or they don’t exist.” – Chris Hardwick

“There is only one thing that makes a dream impossible to achieve: the fear of failure.” – Paulo Coelho

I forget we can give ourselves a bit of softness and light when we are working toward our dreams. I have my own permission to fail at writing. I might forget more times than I remember, but eventually I come back around to it.

But my friends, it is my absolute, crazy, intense, simplistic truth; that I am at my best, at my utmost happiest failing at being a writer than I have ever been, succeeding at anything else in my life.