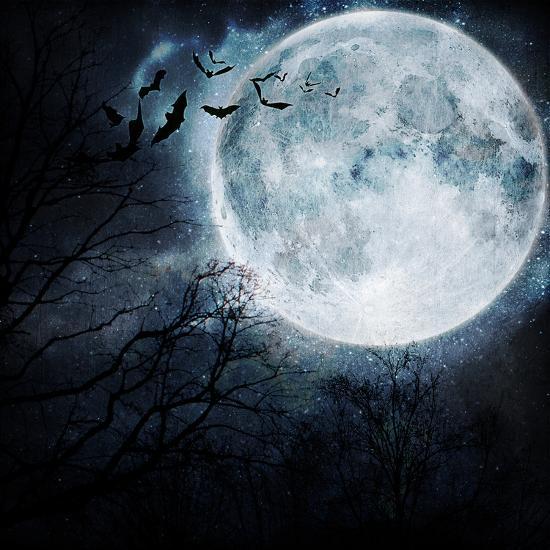 I haven’t slept through the night in years.  It feels that way, although it’s not the complete truth. There are times I sleep through. But lately I’ve woken up in the middle of most nights. A third of those wake ups are for the kid, the other are dog related and the last are just me, waking up.

When I wake up of my own volition, I don’t even need to check and see what time it is. I know it’s somewhere between 3 and 4am. I use the time wisely, taking a slow shuffle walk through the house. Visit the restroom. Double check the locks on doors and glance out the window, the way they say you should for Neighborhood Watch purposes. Then it’s back to bed.

I sometimes purposely don’t look in the mirror and I think to myself (as I am not looking into the mirror) “Don’t think the phrase Bloody Mary three times.” That’s just my overactive imagination, the darkness, and an adolescents devoted to cheesy horror films and Stephen King.

I have never given much thought to the time I usually wake up. But then in conversation, The Witching Hour was brought to my attention.

Who thinks I’m a witch.

(My sister isn’t being rude when she calls me a witch. She thinks several events of my childhood had a witch-like bend to them. Radios with no batters that weren’t plugged in played when I was in the room. Broken music boxes played when I was nearby, our TV often changed channels when I was in the room – and this was when changing channels involved physical help, before we owned a remote…see, it’s a whole thing. I don’t see it though.) 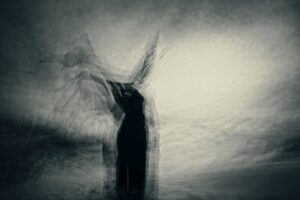 But I was curious about The Witching Hour. And as it’s Halloween, I did a little light reading and researching on ye old inter-webs and found a whole mess of fun stuff to unpack.

First, there is the actual timing of the witching hour.

Webster’s defines The Witching hour as“12 o’clock at night.”

A few other folklore myths place the time around 2am. But that’s the thing about folklore. Partially steeped in fact, it becomes a twisted fiction. And there wasn’t a written tradition because most folks weren’t literate, and by the time the oral traditions were handed down to be written, there is a lot of speculation and not a lot of credibility of sources.

One thing we DO know, is that Different ancient cultures divided their days and nights into different segments. That means what was one time to the Egyptians wasn’t the same for the Chinese. Not only that, but the idea of “mid night”, was just a reference to the time of night between sunset and sunrise. 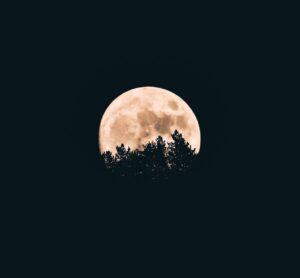 Which means “mid night” was different every night depending on the time of year. Which makes one wonder: if the witching hour, or the time when the veil between the living and dead is thin, is discriminate of time zones and daylight savings? Are threatening beings cognizant of their ability to do cause havoc in New York three hours before they can float on over to California to “ooohhhhh”? And also, according to sciencing.com, “Each day on Earth begins at midnight in Greenwich, England, where the prime meridian is located.” So does that mean when it’s 3am in England, that in my corner of the world when it’s 8pm…that is the real witching hour?

Leaving that headache behind, it seems that over the years, the tradition has solidified on the fact that the hour between 3-4am is The Witching Hour.

Why 3am? Some say it’s because Jesus was crucified at 3pm, so the opposite would be 3am. Opposite numbers being the evil twin of good numbers. The number 3 mocks the Holy Trinity, and in 1560 the Catholic church forbade activities during the hours of 3-4am. That’s when the Pope of the day actually named the time “The Witching Hour.”

I wonder, to myself, first, who the hell was up at this time “Doing” things that would have to be forbade? As it turns out, lots of folks.

Historian “Roger Ekirch of Virginia Tech published a paper in 2001 “revealing a wealth of historical evidence that humans used to sleep in two distinct chunks.” Heating and lighting was scarce and the British night lasts fourteen hours in the winter months. So spending time in bed was a good way to pass the cold winter nights.” During this waking period people were quite active. Ekirch found many references to folks and their nightly doings. “They often got up, went to the toilet or smoked tobacco and some even visited neighbours. Most people stayed in bed, read, wrote and often prayed. Countless prayer manuals from the late 15th Century offered special prayers for the hours in between sleeps.”

Thus, the Pope forbade any activity during the witching hour. Of course, the one thing the hour did eventually become good for was hunting witches and exorcising daemons.

“In folklore, the witching hour or devil’s hour is a time of night associated with supernatural events. Creatures such as witches, demons and ghosts are thought to appear and to be at their most powerful. Black magic is thought to be most effective at this time. In the Western Christian tradition, the hour between 3 and 4 a.m. was considered a period of peak supernatural activity, due to the absence of prayers in the canonical hours during this period. Women caught outside without sufficient reason during this time were sometimes executed on suspicion of witchcraft.”

So, had the pope allowed people to continue to pray from 3-4 am, then the veil between worlds would not have weakened. (There is a story here. Because if I’m going to use cause and effect in this instance: Random people praying all night = no bad entities. Pope stops prayers for one hour = window for bad entities to enter. So the pope caused a rise in witchcraft…I’m going to have to do some more research.)

The invention of the light bulb and urbanization would replace sleeping in two distinct chunks, but the idea of The Witching Hour would remain ingrained in European society. 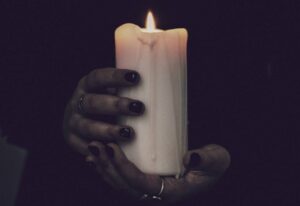 If we want to throw science into the mix as we do some research, it would seem that there is a physiological reason folks felt/sensed/perceived spooky things during The Witching Hour. Once again, undependable Wikipedia says: “Psychological literature suggests that apparitional experiences and sensed presences are most common between the hours of 2 and 4 a.m., corresponding with a 3 a.m. peak in the amount of melatonin in the body.”

“3AM hits right about the time their body is going through REM, the deepest sleep possible. This does a few things to you—it slows your heart rate down, drops your body temperature, and generally dulls as many functions as possible so you can get truly deep rest. If you wake up suddenly in the middle of an REM phase, you’re going to feel super, crazy weird. The natural reaction to feeling so disoriented and even colder than normal is fear…this fear becomes common amongst large groups of people, so we attached meaning to it. If we’re always waking up at 3AM in a panic—something dark and ominous must be at fault.”

It could also be as simple as having to do with our fight or flight instincts that insist going into the darkness at night is bad because animals might eat you; and when we wake in the middle off the night, we’re nervous, even in our homes, as to what monster lurks beyond the door of our cave waiting to eat us.

Even if the timing is questionable and the new science is attempting to explain the fear away, folklore still lives deeply in our marrow. And folklore says The Witching Hour is the nightly hour when the veil between the spirit world and the living is at its most vulnerable. The Witching Hour has ingrained itself in literature and our fears. It could be said The Witching Hours gave Mary Shelley the nightmare that inspired her book:

“Night waned upon this talk, and even the witching hour had gone by before we retired to rest. When I placed my head on my pillow I did not sleep, nor could I be said to think. My imagination, unbidden, possessed and guided me, gifting the successive images that arose in my mind with a vividness far beyond the usual bounds of reverie. I saw – with shut eyes, but acute mental vision – I saw the pale student of the unhallowed arts kneeling beside the thing he had put together. I saw the hideous phantasm of a man stretched out, and then, on the working of some powerful engine show signs of life and stir with an uneasy, half-vital motion…” 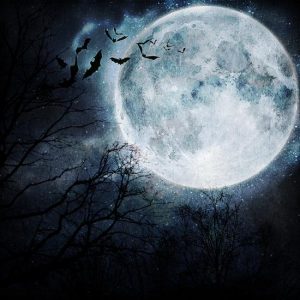 The power of The Witching Hour seems to wax and wane along with the moon cycles. Growing more powerful with the full moons, moderate in between, and at its height on the New Year of the Celtic traditions, October 31.

“Between 3am and 4am…the veil between the spiritual realm and our realm is the thinnest. This isn’t so much the same veil-thinning found at Samhain (Halloween), where past loved ones and spirits can communicate with us- this daily thinning is more for spirit guides, your higher self, and messages from the other side.”

So now, it seems The Witching Hour might be a quite time of night when we are most open to coming face to face with our highest self. That’s something. I must admit I like the idea that The Witching Hour is more of a peaceful time when maybe it’s not about a thin veil between worlds, but perhaps it’s a personal silence that is at its height. The sound of the busy day is not so foremost in our minds, and in the same way that Meditation works with centering and calming out internal conversations, maybe The Witching Hour offers the same sort of peace.

Yeah, but when I wake up and spend that holy time trying to figure out how the plot of Pretty Woman went, and replay the movie in my mind, not in chronological order, and then I attempt to reason out the  theme of the movie and wonder at the plausibility of Richard Gere as a High Power Businessman (ha ha, you were preparing for me to say “plausibility of Julie Roberts as a hooker)…still, do these thoughts reduce the very spiritual effects of The Witching Hours or are these the very thoughts of horror; an evil, twenty first century spirits’ attempt at haunting me?