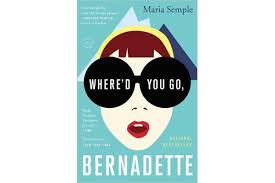 I just finished Maria Semple’s book Where’d you go, Bernadette: A Novel. I loved it, because it was funny, quick, and because Maria Semple was a writer on Mad About You and Arrested Development, two of my all-time favorite TV shows, one that had me dreaming of moving to New York and the other that was so smart and funny I laughed during the whole damn show and was one among thousands that binge watched the series when Netflix released the whole season at once. So, needless to say, I had high hopes for this book and it delivered.

This is not a book review, I just wanted to get to this part. At the end of the book is this little added bonus story/quip/bit and after reading it I was agog with feelings of I WISH I HAD WRITTEN THAT. I wish I had read it when it came out four years ago. I am so completely inspired.

I thought I would share this wonderful piece of writing with you to make you smile today. 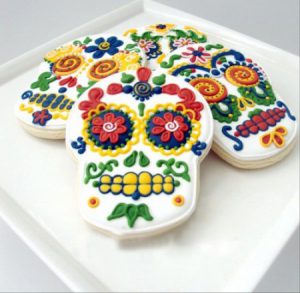 From the October 24, 2011 issue of the New Yorker Magazine in Shouts & Murmurs

The Mountain Room is gearing up for its Day of the Dead celebration on Friday. Please send in photos of loved ones for our altar. All parents are welcome to come by on Wednesday afternoon to help us make candles and decorate skulls.

Because I’ve gotten some questions about my last e-mail, there is nothing “wrong” with Halloween. The Day of the Dead is the Mexican version, a time of remembrance. Many of you chose Little Learners because of our emphasis on global awareness. Our celebration on Friday is an example of that. The skulls we’re decorating are sugar skulls. I should have made that more clear.

Some of you have expressed concern about your children celebrating a holiday with the word “dead” in it. I asked Eleanor’s mom, who’s a pediatrician, and here’s what she said: “Preschoolers tend to see death as temporary and reversible. Therefore, I see nothing traumatic about the Day of the Dead.” I hope this helps.

In response to the e-mail we all received from Maddie’s parents, in which they shared their decision to raise their daughter dogma-free, yes, there will be an altar, but please be assured that the Day of the Dead is a pagan celebration of life and has nothing to do with God. Keep those photos coming!

Perhaps “pagan” was a poor word choice. I feel like we’re veering a bit off track, so here’s what I’ll do. I’ll start setting up our altar now, so that today at pickup you can see for yourselves how colorful and harmless the Day of the Dead truly is.

The photos should be of loved ones who have passed. Max’s grandma was understandably shaken when she came in and saw a photo of herself on our altar. But the candles and skulls were cute, right?

It’s late and I can’t possibly respond to each and every e-mail. (Not that it comes up a lot in conversation, but I have children, too.) As the skulls have clearly become a distraction, I decided to throw them away. They’re in the compost. I’m looking at them now. You can, too, tomorrow at drop-off. I just placed a “NO BASURA” card on the bin to make sure it doesn’t get emptied. Finally, to those parents who are offended by our Day of the Dead celebration, I’d like to point out that there are parents who are offended that you are offended.

Thanks to their group e-mail, we now know that the families of Millie and Jaden M. recognize Jesus Christ as their Saviour. There still seems to be some confusion about why, if we want to celebrate life, we’re actually celebrating death. To better explain this “bewildering detour,” I’ve asked Adela, who works in the office and makes waffles for us on Wednesdays, and who was born in Mexico, to write you directly.

El Día de los Muertos begins with a parade through the zócalo, where we toss oranges into decorated coffins. The skeletons drive us in the bus to the cemetery and we molest the spirits from under the ground with candy and traditional Mexican music. We write poems called calaveras, which laugh at the living. In Mexico, it is a rejoicing time of ofrendas, picnics, and dancing on graves.

I sincerely apologize for Adela’s e-mail. I would have looked it over, but I was at my daughter’s piano recital. (Three kids, in case you’re wondering, one who’s allergic to everything, even wind.) For now, let’s agree that e-mail has reached its limits. How about we process our feelings face to face? 9 A.M. tomorrow?

Some of you chose to engage in our dialogue. Some chose to form a human chain. Others had jobs (!) to go to. So we’re all up to speed, let me recap this morning’s discussion:

—Satan isn’t driving our bus. Little Learners does not have a bus. If we did, I wouldn’t still need parent drivers for the field trip to the cider mill. Anyone? I didn’t think so.

—We’re moving past the word “altar” and calling it what it really is: a Seahawks blanket draped over some cinder blocks.

—Adela will not be preparing food anymore and Waffle Wednesdays will be suspended. (That didn’t make us any new friends in the Rainbow and Sunshine Rooms!)

Today I learned not to have open flames in the same room as a costume parade. I learned that a five-dollar belly-dancer outfit purchased at a pop-up costume store can easily catch fire, but, really, I knew that just by looking at it. I learned that Fanta is effective in putting out fires. I learned that a child’s emerging completely unscathed from a burning costume isn’t a good enough outcome for some parents. I learned that I will be unemployed on Monday. For me, the Day of the Dead will always be a time of remembrance.