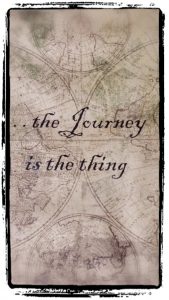 Lately I’ve been working on a book about friendship, death, and crazy ass adventures. My characters find themselves in Italy at the moment, Naples to be exact. I have never been south of Rome, sigh. I think I will try to remedy this fact next time I go visit my sister in Florence, a day trip taken with their super fast trains down there is completely do-able.

Then again, my traveling bucket list continues to grow. I’ve been thinking about that a lot lately. Writing research is so wonderfully instantaneous in this day and age. Need to know how to get from Rome to Naples? Search the interwebs, check out time tables, maps, tourist sights and watch a few videos on YouTube. Awesomely helpful to the fiction writer.

All of this talk and research of traveling friends and bucket lists has me thinking about my most recent yearnings for travel. Here’s my top five places on my bucket list, in no apparent order:

1) Go with my aunt to Ireland, bob around for a few weeks exploring and such. My aunt even took lessons in Gaelic once, this was such her dream. I think there is a book idea in Ireland, so of course I must go. Oh, and a some point in our journey, my aunt would like to sit in a bar, order 2 Guinness, one for herself and one for her dad and toast the man who is sadly no longer with us.

2) Naples. They say Italian life becomes more intensified the more south you go. They say life in Naples is lived in the streets. They say the traffic in Naples is worse than it is in Rome. I want to go see all of that, I want to soak it into my skin and eat it all up. In the form of Napoleon Pizzas. Here’s something I found out yesterday that I did not know. In 1889, the chef at the Pizzeria Brandi in Naples (the place is still there by the way, you can still go and have a pizza.) was asked to create a pizza for the visiting queen. So to celebrate a unified Italy, he made a pizza with red tomato sauce, white mozzarella and green basil. When the queen asked what they called the pizza, they asked her if they could name the pizza after her, and she agreed. Thus, the birth of Pizza Margherita. The pizza is said to be the true flag of Italy. I also learned that there is an entire history of pizza but since it apparently goes back about 3000 years, we’ll skip that lesson today.

Oh, and while I’m in Naples, I’ma jump on a little boat and head over to Ischia, the largest island off the coast of Naples. In one of my books, I put a character here and now I would like to go. Think azure waters, rolling green hills, and a landscape dotted with bleached white houses and terracotta roofs. Then close your eyes and imagine the sea breeze, hot springs and a gloriously relaxing speed of life.

3) Guédelon! I’ll say it again, Guédelon!!! 70 miles south east of Orèlans, is the site of an abandoned quarry where in 1997, a group of 50 amazing people began the process of building a Medieval Castle using only the tools, ingenuity and techniques that would have been used in the medieval ages, the 13th century to be exact. No modern tools were used in the making of this castle. And while they built it, it was open as a learning facility, but it wasn’t a tourist attraction, you had to stay out of the way of the men and women who were really working at building this castle. The time frame to create this castle? 25 years. It is almost done, there are finishing touches now, working on the castle’s final cross-rib vault in the chapel tower, for example. But as a girl who loved everything medieval, I want to go to there.

5) I spent an entire book trying to get a character to Machu Picchu. I am a little obsessed with it now. I read a lot online, bought a tour guide book for Peru, and read a few books on the subject of Machu Picchu. But the one that I loved the most that solidified my yearning was Turn Right at Machu Picchu: Rediscovering the Lost City One Step at a Time by Mark Adams. A really great read with this tag line: “What happens when an adventure travel expert-who’s never actually done anything adventurous-tries to re-create the original expedition to Machu Picchu?” I want to hike in the footsteps of the Ancient Inca’s. I want to hike to the area, explore the other ruins that are often not talked about. I want to spend time in the 11,000 foot high city of Cusco. I want to watch the sun rise in Machu Picchu, and I want to finish the whole journey in the small town at the base of Machu Picchu called Aguas Calientes.

But for now, I need to get back to the train station in Naples, where I’ve left my characters standing around, shifting annoyingly from foot to foot I’m sure, wondering what happens next.