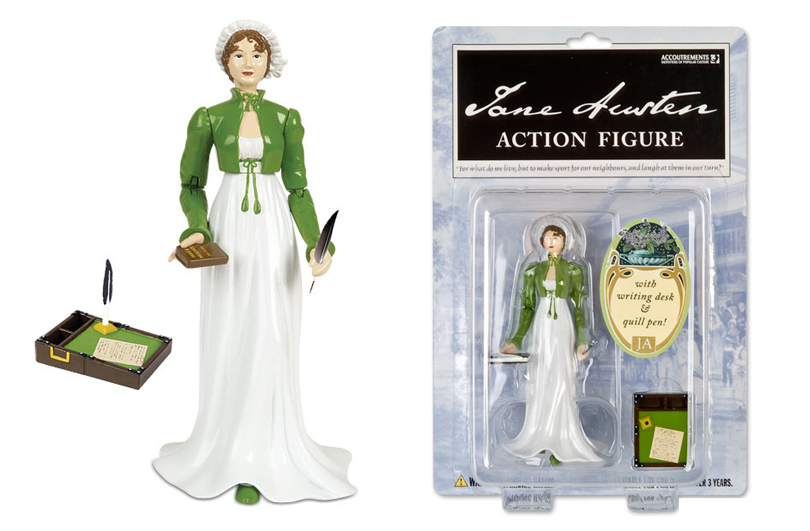 I love Jane Austen, and I am not alone.  My sister and I adore her.  We’ve read all her book, and often return to our favorites. My favorite is Persuasion. I first read that book in the Philippines, the farthest you can get from Jane Austen’s England. But it worked somehow; I now recall both the book and the Philippines with great fondness.

While I am a lover of Austen, I am not a member of any of the societies.  Did you know there are hundreds of Jane Austen Societies around the world? There’s The Jane Austen Society of North America, one in Australia, Brazil, Buenos Aires, and of course England.

I’ve had to fight for Jane all my life, because you see, my father, the English Teacher, theater teacher, and actor, hates Jane Austen. I’m sure the continual exposure we forced on him didn’t help. My sister and I were among the major contributors to help further his hatred. For example, every Christmas, my sister and I reconvened in our childhood home, and always watched the BBC version of Pride and Prejudice together.

“Why are we watching this shit again?  How many times have you girls seen this?” Good ‘ol tormented dad would inquire; though he wasn’t ever really watching it, he was just trying to find out when we would free his TV form it’s anguish. Ms. Austen’s notoriety hasn’t dwindled over the years. If you look for her, you’ll find her. There are blogs solely dedicated to her. An app that delivers a daily quote. There are books about Ms. Austen’s life. Movies about her. Dissertations on Jane. There is a Jane-A-Day: 5 year journal (which I have thanks to an amazing friend), there are socks, pillows, cakes, and of course there is even a Jane Austen action figure.

Movies based on all of Jane’s 6 major works have been made, and not just once. There are even movies loosely based on Jane’s life and books:  Becoming Jane, The Jane Austen Book Club, Lost in Austen, Clueless, Bridget Jones’ Diary, and Bride and Prejudice…to name a few.

As for her books, people are still reinterpreting her work and the woman.  I’ve read a good number of them. Bridget Jones’ Diary, Confessions of a Jane Austen Addict, The Jane Austen Book Club, Darcy’s Story, Jane Austen Ruined My Life (my father’s mini-autobiography perhaps?), What would Jane Austen Do, and According to Jane. A list of Jane Austen sequels can be found here; just in case you’re interested.

People have fun with Ms. Austen as well. I’m sure you’ve seen Pride and Prejudice and Zombies; Sense and Sensibility and Sea Monsters; and my favorite spoof on YouTube called the Jane Austen Fight club.

The underlying question is this, Why the hell is Jane Austen still so flipping popular 200 years after Pride and Prejudice was published?  Seriously, what does a woman writing about 19th century courtship and marriage have to do with today’s technologically based, instant gratification driven, fast paced life?

From my point of view, her characters are accessible, even after all this time. Daughters roll their eyes at their mothers’ diva like antics, general gossip among friends still exist, the butterflies one feels when falling in love hasn’t dwindled, a girl having to come to terms with her life when it suddenly isn’t what she had thought it was going to be all along – these themes still ring true. Of course, much has changed, we don’t wear corsets any more and women are no longer at the disposal of men’s decisions and whims when it comes to their own future.

Perhaps it is the perpetuation of Jane Austen’s books into film that keep her so relevant. Since 1940 all of Austen’s 6 major books have been made into movies; over and over again. With each new generation comes a new version of her work in order to keep her fresh in our minds eye.

For all those who love Ms. Austen, there are those who abhor the woman. To placate my father, who is being made to read this particular blog entry by my mother, he is in good company. Type in ‘I Hate Jane Austen’ into any web browser and you’ll find pages of people willing to share their opinions. My father hates Jane because: “her male characters are either shallow, pretty faces or depraved morons, there’s no in-between.”

“I’ve tried. I really have. But these novels are so artificial, so terribly unreal. Nobody in a Jane Austen novel, as far as I can tell, ever bleeds or farts or craps or sweats or pisses or dies in a way that isn’t just terribly picturesque and dreadfully wonderful.”

You can’t get mad at a man who is willing to be honest. It’s difference of opinions that make up this world.  Hell, the list of great writers who hated Jane Austen is just as long as the sequels of her books.  Ralph Waldo Emerson said:

“Her characters live in such a wretchedly narrow view of life, that suicide would be more respectable.”

“I go so far as to say that any library is a good library that does not contain a volume by Jane Austen. Even if it contains no other book.”

And in 1928, H.W. Garrod wrote an essay called “Jane Austen:A Depreciation” in which he defined Jane as “intolerably sensible” and said of her work “Miss Austen…has but one plot.” Aka: That of finding a husband.

Of course that’s the one plot, if you look at the time and place these books were written a woman had three options, maybe four. Marriage, teacher/spinster, nun or prostitution. Is it any wonder, that mother’s were going crazy trying to get their daughters married so they didn’t spend their old age in the gutter?  And these mothers and women, were attempting to find a place in the world among polite society where women were judged on how well they could sew and play a piano. And well bred women never had much personal interaction with men, gotta make sure that chaperone is nearby.

Ms. Austen never married, as her writing made her monetarily independent, but in her time, women authors were looked down upon in the same fashion I suppose a madam of a brothel was looked down upon.  She wasn’t even very popular or highly praised as an author in her day.  But Ms. Austen paid meticulous attention to detail. If you look at Lizzy Bennet’s character from Pride and Prejudice, her attitude toward those around her; the courteous smile she had even for those who were belittling her family, you catch a glimpse of what Jane Austen was doing in her writing. In Jane’s very English way, she was mocking the society that surrounded her through her ‘polite’ writing style.

Here’s an interesting exercise. I read this a few years ago somewhere on line. Want to understand Pride and Prejudice a little better? Imagine the Bundy Family from the TV show Married With Children as the main cast of characters. Mr. Bennet is Al Bundy, Mrs. Bennet is Peg Bundy and Kelly is the sister Lydia. That’s how uncivilized the Bennet family was and how the rest of the neighborhood thought of the Bennet’s as white trash of the 1800s.

Those of you who hate all things Austen, the good news is that you are not alone. Unfortunately, you won’t see a reprieve anytime soon. I found this list of books, variations of Austen books, being released this year.