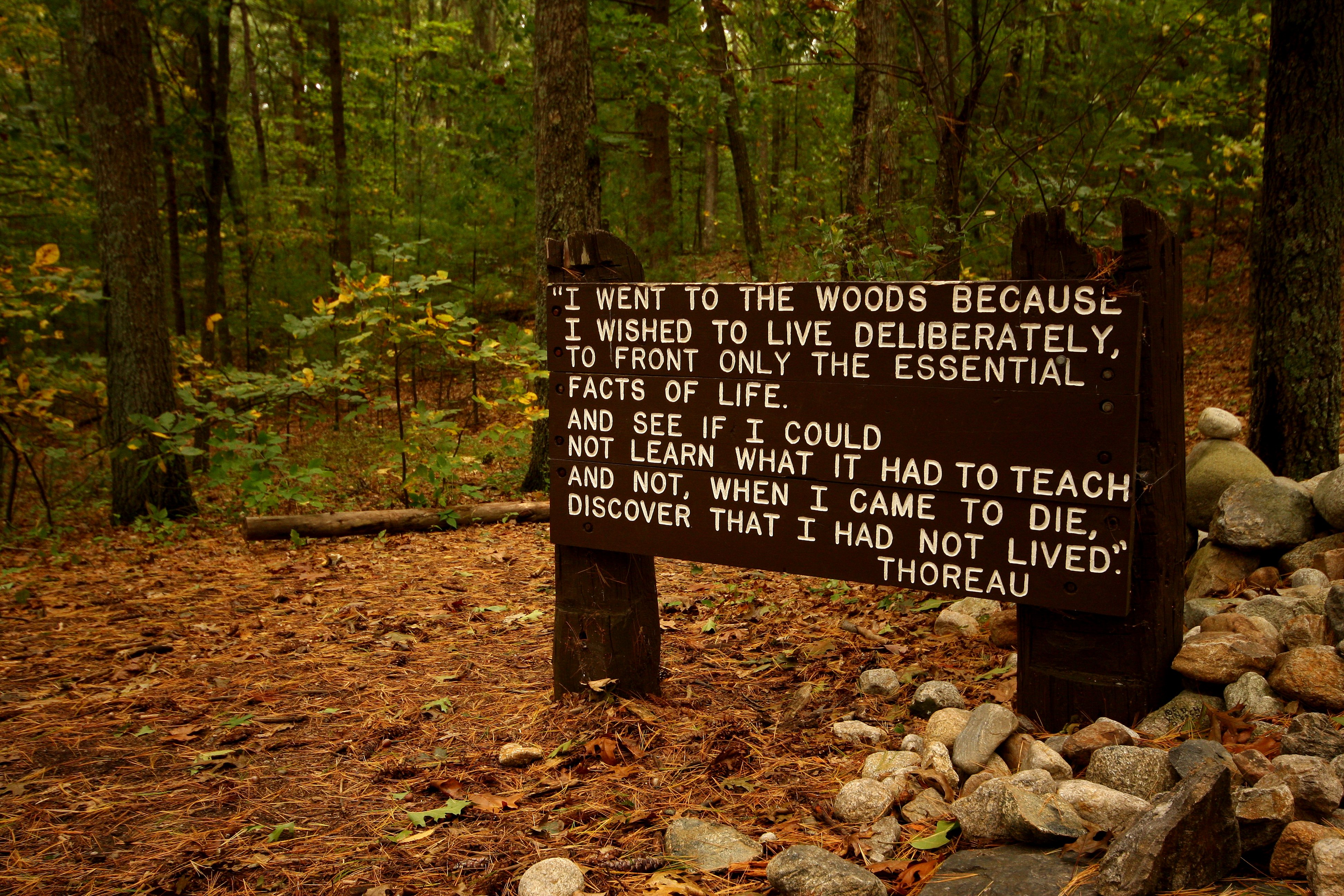 “I went to the woods because I wished to live deliberately, to front only the essential facts of life, and see if I could not learn what it had to teach, and not, when I came to die, discover that I had not lived.  I did not wish to live what was not life, living is so dear; nor did I wish to practice resignation, unless it was quite necessary.  I wanted to live deep and suck out all the marrow of life, to live so sturdily and Spartan-like as to put to rout all that was not life, to cut a broad swath and shave close, to drive life into a corner, and reduce it to its lowest terms, and, if it proved to be mean, why then to get the whole and genuine meanness of it, and publish its meanness to the world; or if it were sublime, to know it by experience, and to be able to give a true account of it in my next excursion.”  Henry David Thoreau, Walden

I saw Dead Poets Society too.  The summer of 1989, before my sophomore year of High School, I sat in the darkness and let the power of the Dead Poets wash over me.  I leaned forward, my hands clasped tightly together, as if opening them would allow the magic of the moment, the depth of feeling, the muses’ dancing around me, to escape.  I held tight to the film as long as I could and then, like most things, it imprinted on my adolescent self and drifted away; a faint whisper of ‘Carpe diem.’ 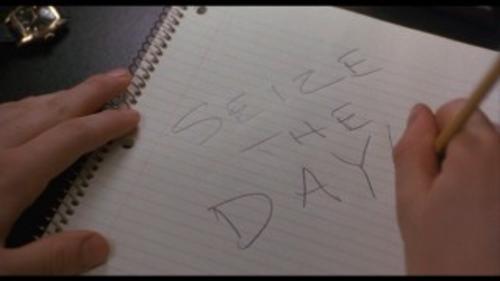 I was a secret writer when I first saw that film.  I had not told anyone of the longing to write that tumbled around inside me.  In those days I wrote in the footsteps of my favorite authors, I began to pay more attention to Shakespeare and was shaken to my core upon reading Lord of the Flies; oh the writing of it.  I had been introduced to Robert Frost a few years earlier, two roads diverging in a yellowed wood and all that.  I was on the precipice of introduction to great writers and poets and artists when I saw Dead Poets.  A door into another world burst open.  I was undone and made whole in the breath of those who came before me, those who were my peers, and those who would follow.  Suddenly writing, the whole process of it, was glory and light on a page and I swam in the delight of it.

I recently opened my copy of Walden, I wanted something thoughtful and meandering to read as the leaves change and these days wander from Autumn into Winter.  I never have been a big fan of Thoreau, when it came to Transcendental authors of the time, I prefer Walt Whitman. “Happiness, not in another place but this place…not for another hour, but this hour.”  He was my cup of tea.

Reading Walden, however…it is singing to me.  Thoreau’s introduction, his reasons for going into the woods, in essence, to live life on the cheap, without any adornments, material or otherwise, and still see if it was worth something; his reasons reverberated in my own life.

My own past came flooding back to me as I read his words; my own attempts to live deliberately lay out in my past.

You see, I fumbled about the moment I left high school and joined the real world.  In a moment of desperation, I too found myself in the woods.  I volunteered for the Idaho Fish and Game and worked in the Back country in Idaho. After that, I went to the cities of the world, I scrimped, I rode on the shirt tails of friends, I took eight years to get through college, I cried over broken hearts, I fought every moment with internal struggle to figure out who I was, what I stood for, what I wanted out of life.  I had more pity parties than should have been allowed over the lack of funds I had in order to get me where I really wanted to go.  I was attempting to define myself in the face of those who would put me in a box, label me, and leave me on a pretty shelf.  I was living all over the page in those days, following the shadow dreams of those that came before me, lacking a path I could follow.

Now, looking back, by following all those broken, cracked roads; I defined myself my own way, on my own terms, and in my own time.  I’ve had more adventures than some, less than others.  It has never been easy, and at the time, it didn’t feel as if I was living my life deliberately, but deliberately live I did, to the very best of my ability.  I’m still pushing forward, doing it ‘my way’, trying to not settle, trying not to give in, trying.

There is still so much more adventure to come, and so much that has passed.  Isn’t that the glory of the passage of time, to allow us to revel in our history.  To be, not the measure of others, but to be the measure of ourselves.

“Each person must rather be careful to find out and pursue his own way, and not his father’s or his mother’s or his neighbor’s instead.” –Thoreau

Fall is here, go into the woods my friends. 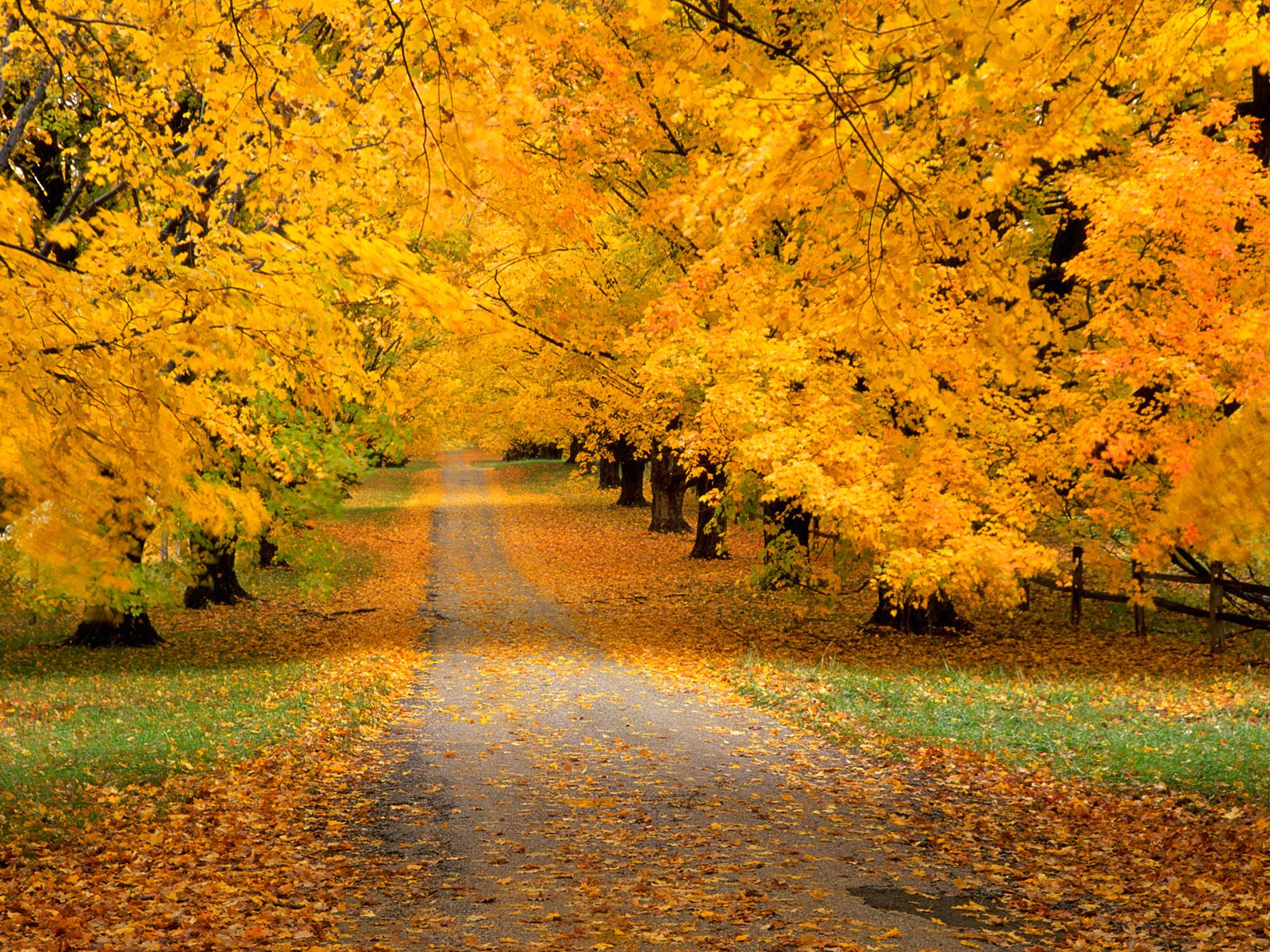