I haven’t talked about the book launch. 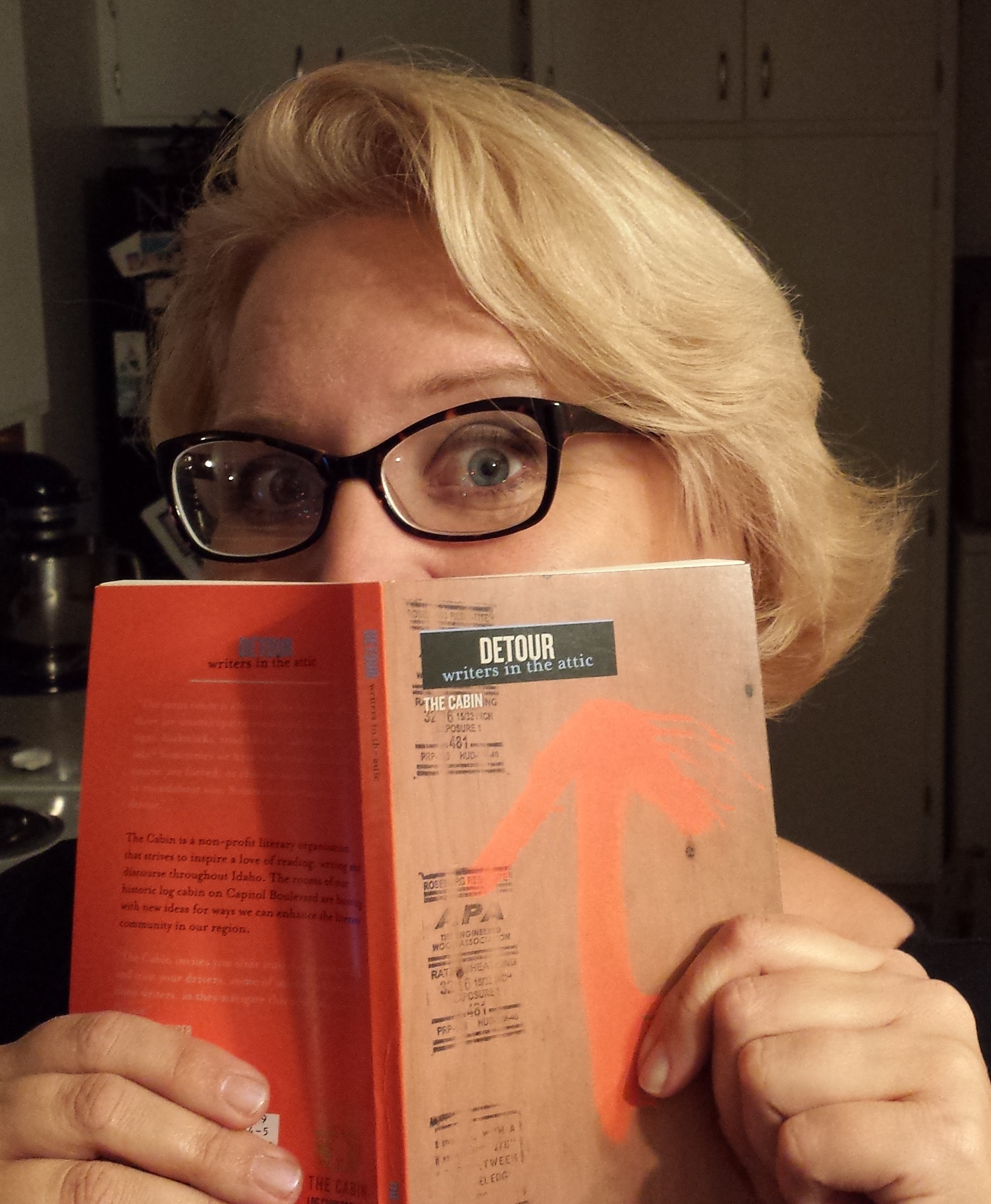 Sometime in June of 2013, I received a nice little letter telling me that one of my short stories had been accepted as part of an anthology of local upcoming writers here in my little corner of the world.  I was pleased.  As a struggling writer, for all these years, the little wins that give me legs to get back to my stories.  It is a surge of inspiration and a reboot for the artistic soul when someone comes along and says, ‘hey, by the way.  As a writer, we think you’ve got something.’

Well, December the book came out.  Detour: Writers in the Attic was published through The Cabin Literary Center here in Boise.

I was able to attend the book launch party.  It was a nice little affair, about 200 people showed up to support the 24 of us authors who were published.  They choose six people to read from their stories and there was music during the intermission and the wine and beer flowed freely.  I was even asked to sign a few books.  Oh, that was a drug of choice let me tell you!  To have strangers come and ask, ‘could you sign my book?’ and to do so.  That moment was unlike any really, it was a two second moment, signed my name and done, but it lasted a life time as suddenly, the whole angst of awkward teenage years, the heartache of old boyfriends, the laughter of late nights, the inspiration of dusky hours, the tears of disappointment…they all meant something in that one moment.  It was strange and delightful and I still don’t want to spend too much time dissecting it and getting to the heart of what it all ‘means’ because dammit , for one night, I had a short story in a book that has an ISBN number and it felt simply awesome.

So to you, my readers who I appreciate so much, thank you for your continued support.  Just reading my little blog here keeps me writing some days.